US AG in hot water after comparing lockdown, slavery 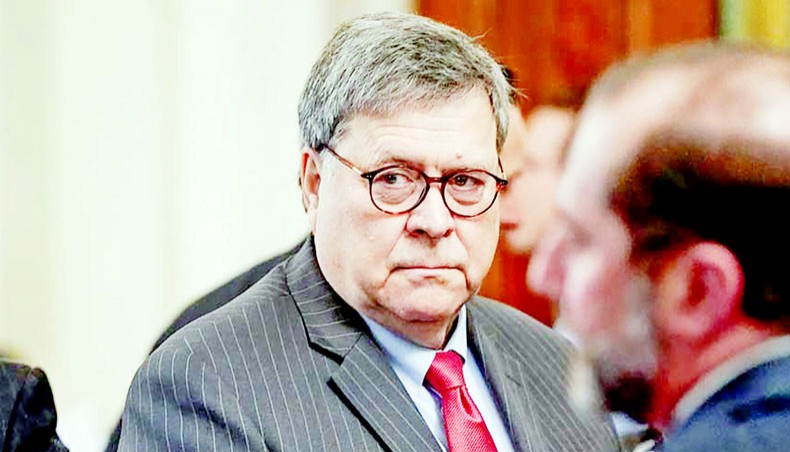 Barr, one of president Donald Trump’s staunchest allies, made the comment Wednesday as he hit out at tough lockdown measures instituted in some states, many led by Democratic governors.

‘You know, putting a national lockdown, stay-at-home orders, is like house arrest,’ Barr said during an appearance at Hillsdale College in Michigan, according to clips posted online.

‘Other than slavery, which was a different kind of restraint, this is the greatest intrusion on civil liberties in American history.’

‘It is incredible the chief law enforcement officer in this country would equate human bondage to expert advice to save lives,’ Clyburn told CNN.

‘Slavery was not about saving lives, it was about devaluing lives.’

The Democratic Party called it one of several ‘outrageous remarks’ made by Barr.

The United States has the highest death toll of any nation in the world from the coronavirus pandemic, at nearly 200,000.

Trump, who is seeking reelection on November 3 against Democratic challenger Joe Biden, has voiced skepticism about the usefulness of lockdowns in combatting the virus, arguing they have taken an economic toll that is too great.

Many states, notably in the South, lifted their stay-at-home measures in the spring, before being forced to reimpose them in some form due to a resurgence of virus cases.