OPEC laggards called out in Saudi push for cuts compliance 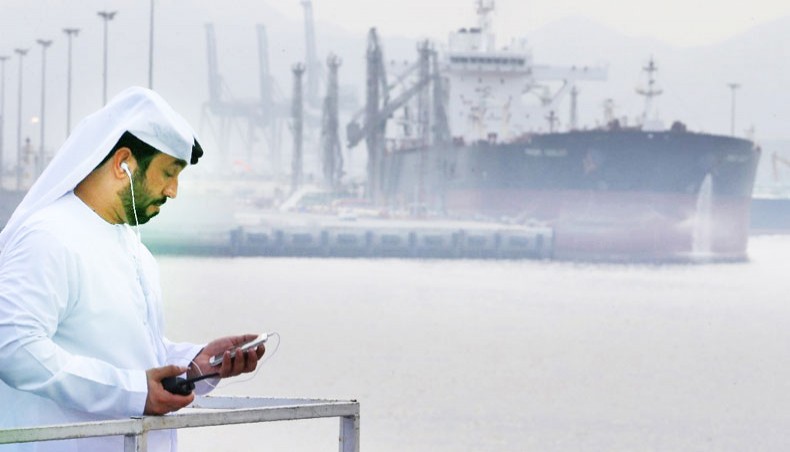 An Emirati man stands at the oil terminal of Fujairah during the inauguration ceremony of a dock for supertankers on September 21, 2016. Saudi Arabia’s energy minister on Thursday pressed oil cartel OPEC and its allies to comply fully with production cuts amid falling crude prices, insisting that doing so was ‘not an act of charity’. — AFP photo

Saudi Arabia’s energy minister on Thursday pressed oil cartel OPEC and its allies to comply fully with production cuts amid falling crude prices, insisting that doing so was ‘not an act of charity’.

Last month, ministers of OPEC nations and other major oil producers stuck to an agreement to lower production, underlining that only strict compliance could restore stability to prices sent plummeting by the coronavirus pandemic.

But the cartel has called out laggards, including Nigeria and Iraq, for over-producing and failing to implement their share of the cuts.

‘Full compliance is not an act of charity,’ Saudi energy minister Abdulaziz bin Salman said at a video conference of the expanded OPEC+ grouping of crude producing nations.

‘It is an integral part of our collective effort to maximise the interest and gains of every individual member of this group.’

The minister lashed out at members who were not complying, saying they were bringing ‘harm to our reputation and credibility’ but without naming names.

‘Tactics to over-produce and hide non-compliance have been tried many times in the past, and always end in failure,’ said the minister, half-brother of de facto Saudi ruler crown prince Mohammed bin Salman.

‘They are damaging not only for those who carry them, but for us all.’

At a news conference after the ministerial meeting, the Saudi energy chief went on to tell OPEC+ that ‘work still needs to be done and I urge you all not to relax the efforts of the past three months’.

The cartel took up the same theme in a statement noting that despite ‘some signs of gradually improving market conditions... the pace of recovery appeared to be slower than anticipated with growing risks of a prolonged wave of Covid-19’.

Although more countries around the world are gradually moving out of lockdown, crude consumption has not returned to pre-confinement levels, which were already relatively low.

Under the terms of an agreement in April, OPEC and the so-called OPEC+ pledged to cut output by 9.7 million barrels per day (bpd) from May 1 until the end of June.

The cuts were then to be gradually eased from July, to 7.7 million bpd until December.

But crude prices have stubbornly traded in a narrow range for months, with both the US benchmark, West Texas Intermediate, and Europe’s Brent North Sea contracts hovering around $40 per barrel.

The ministers agreed to extend to the end of the year the compensation period for countries who bust their production quotas.

Brent and WTI crude held on to the 2-per cent jump in market prices seen at the start of the meeting.