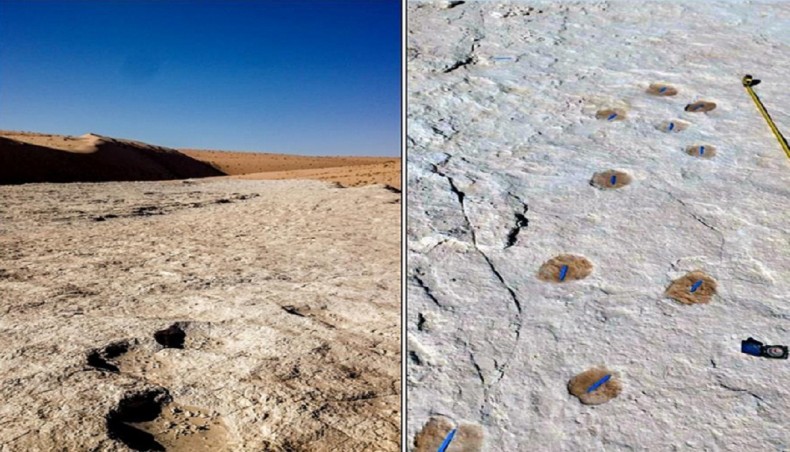 Jasir Alherbish, head of the Heritage Commission, said during a press conference in capital Riyadh that the archaeological discovery in Tabuk, which represents the first scientific evidence of human life on the Arabian Peninsula, was made by a joint team of Saudi and international archaeologists.

The team identified footprint traces of seven humans, 107 camels, 43 elephants and other animals, according to the results of the archaeological survey.

In addition to the footprints, hundreds of fossils were found at the site, including 233 skeletal remains of elephants and oryx, along with signs of the presence of predators at the time by identifying traces of their tusks on the bones.

Alherbish said that such discoveries ‘help us better understand the journey of our forebears from ancient civilization to where we are today.’

The Heritage Commission is currently overseeing the conservation and restoration of several archaeological sites, which will eventually be open to visitors.