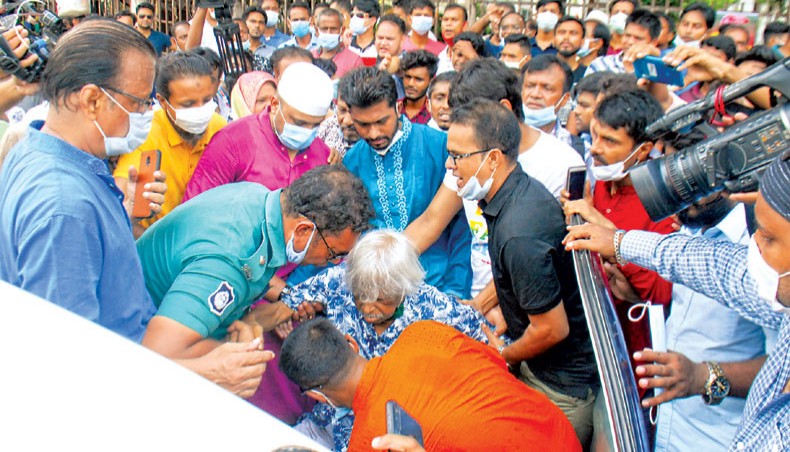 He observed it while addressing a human chain programme jointly formed by Jatiyatabadi Muktijoddha Dal and Ranaganer Muktijoddha O Muktijuddher Prajanma protesting at the recent abnormal price hike of onion and demanding the end of border killings by India’s Border Security Force.

Referring to sudden restrictions on onion export to Bangladesh by the Indian government, freedom-fighter Zafrullah said that India had stopped onion export suddenly for making the Bangladesh economy suffer.

‘We need to give a final warning to the Indian government protesting at the move and also say the country that we shall stop transit facilities for them,’ Zafrullah said.

Nagarik Oikya convener Mahmudur Rahman Manna said that the Awami League government had destroyed the economy of the country and country was engulfed by corruptions.

He urged the people to be united and wage movements to end the misrule of Awami League.

He blamed foreign ministry of the government for its failure to stop border killings.