UN chief calls for investment in renewable sources of energy 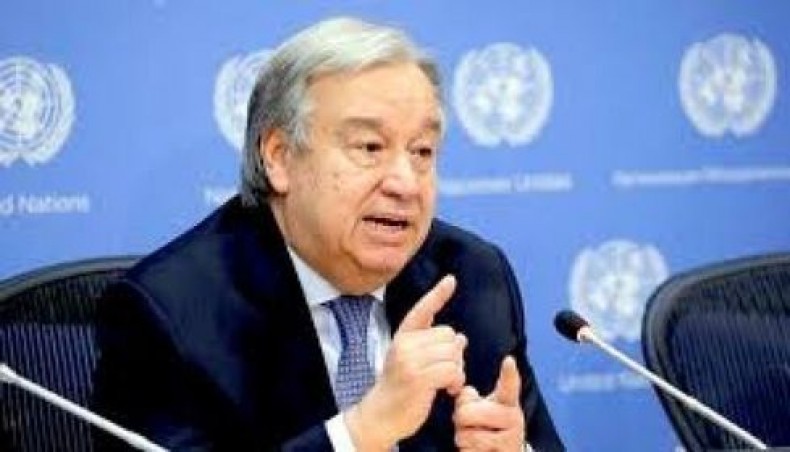 United Nations secretary general Antonio Guterres has called for massive investment in cheaper and profitable renewable energy, saying that it is not only the ‘right thing to do’ but also the ‘best economic thing to do’.

‘We need to stop the construction of coal power plants. We need to invest in new forms of mobility, namely through electric cars; we need to invest in hydrogen. That is the fuel of the future,’ he told UN News in an exclusive interview ahead of the new general assembly session.

Guterres said the UN’s objective has been defined by the scientific community.

He said the world ‘absolutely must limit’ the growth in temperature to 1.5 degrees by the end of the century.

But to achieve that goal, the world needs to have carbon neutrality by 2050.

‘For that, we need to have a reduction of about 45 per cent of emissions in the next decade,’ Guterres said, noting that the objectives are clear.

He said that the world needed a total commitment, especially of the big emitters, to all the transformational actions in energy, in agriculture in industry, in transportation, in all areas of our life.

‘We need transformation actions that make it possible to reach those objectives,’ he said adding that we also need to protect biodiversity, forests, and transform agriculture.

The UN chief said we all need to work together with a common strategy and a clear objective and we need to be carbon neutral in 2050.

‘COVID-19 is a threat, is a problem, but it is also an opportunity, because as we are to change, we can change in the right direction,’ he said.

‘As we’re mobilising massive resources to rebuild, we can rebuild in the right direction and our blueprint must be Agenda 2030 and the Sustainable Development Goals.’