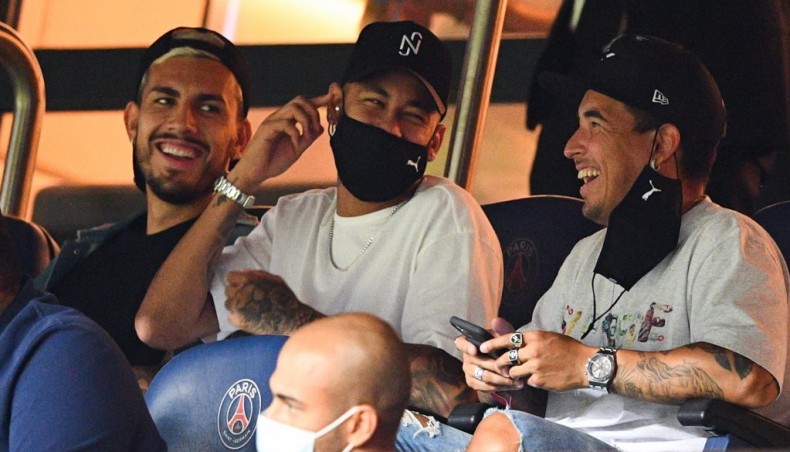 Paris Saint-Germain forward Neymar (C) and midfielder Leandro Paredes (L) laugh as they attend the Ligue 1 match between PSG and Metz at the Parc des Princes stadium in Paris on Wednesday. — AFP photo

Neymar received a two-match ban Wednesday for his red card against Marseille as the French league announced it would open an investigation into accusations of racism by the Brazil forward against Alvaro Gonzalez.

Angel Di Maria will also be summoned to the league's next disciplinary commission meeting on September 23 over claims he spat at Marseille defender Gonzalez during PSG's 1-0 loss which ended with a mass brawl and five players sent off.

Sebastien Deneux, president of the disciplinary commission, said the evidence was not yet ‘sufficient’ to substantiate the allegations of racist abuse and the investigation would study the images further.

PSG defender Layvin Kurzawa incurred a six-match ban for kicking out at Marseille left-back Jordan Amavi, who was hit with a suspension of three games after he too was dismissed.

Leandro Paredes was banned for two games after he was sent off for a clash with fellow Argentine Dario Benedetto, who was also red-carded and will be suspended for Marseille's game with Saint-Etienne on Thursday.