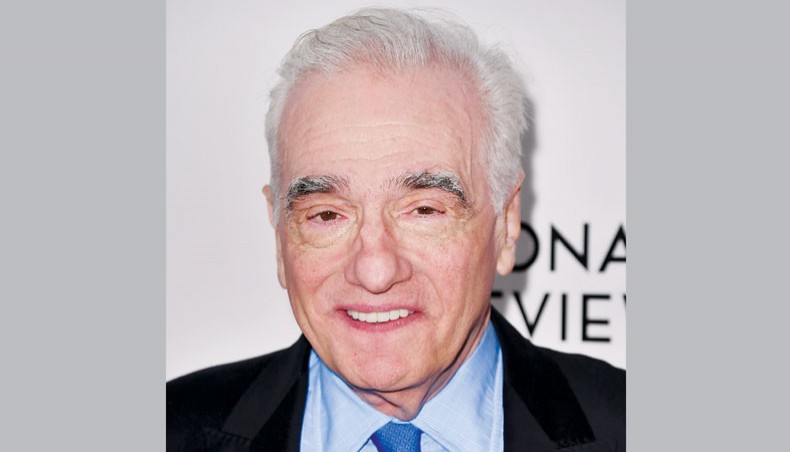 Martin Scorsese warned that cinema is becoming ‘marginalized and devalued’ as a ‘form of comfort food’ during the coronavirus pandemic, as he addressed the Toronto film festival Tuesday.

Scorsese, no stranger to controversy after last year slamming popular superhero blockbusters as ‘not cinema’, spoke as movie theaters remain closed in major US cities including Los Angeles and New York.

In a short video introducing the event’s annual career achievement gala, Scorsese praised the festival for going ahead at all.

‘The fact that film festivals are continuing to happen -- improvising, adapting, making it all work somehow -- is very moving to me,’ said the Oscar-winning ‘Goodfellas’ director.

‘Because in the press and the popular culture, what’s happening... it’s becoming sadly common to see cinema marginalized and devalued, and in this situation categorized sort of as a form of comfort food.’

Millions around the world have spent the past few months locked at home due to the pandemic, with many binge-watching television and films from their living rooms.

In a blistering New York Times op-ed last November, Scorsese said movie theaters are the place ‘where the filmmaker intended her or his picture to be seen,’ and warned superhero movies were crowding auteurs off the big screen.

‘To celebrate its very existence is all the more important and necessary... this remarkable art form has always been and always will be much more than a diversion,’ added Scorsese in the video aired Tuesday.

‘Cinema, film, movies, at its best, is a source of wonder and inspiration.’

British acting royalty Anthony Hopkins and Kate Winslet received career awards Tuesday at the virtual gala from Toronto, where both are promoting acclaimed new films that could land them their second Oscars.

From her home in England, Winslet said making 19th-century lesbian romance ‘Ammonite’ was ‘a gift,’ with her role as a pioneering paleontologist a test of her acting chops.

Hopkins, 82, whose heartwrenching dementia drama got a second airing in Toronto after rave reviews at January’s Sundance festival, joked: ‘I’m astonished that I’m still in work -- still working at my age.’

The film charts Hopkins’ character’s battle with paranoia, memory loss and contradictory realities, with the Welsh luminary bringing humor and pathos to a performance alongside Olivia Colman as his long-suffering daughter.

Hopkins won best actor at the 1992 Oscars for his unforgettable turn as serial killer Hannibal Lecter in ‘Silence of the Lambs,’ and has since been nominated four more times.

Both Winslet and Hopkins devoted much of their acceptance speeches, projected into an empty Toronto movie theater, to thanking emergency workers.

Chloe Zhao, the director of early Oscar contender ‘Nomadland,’ which won the Golden Lion at the Venice film festival last weekend, was also recognized for her work.