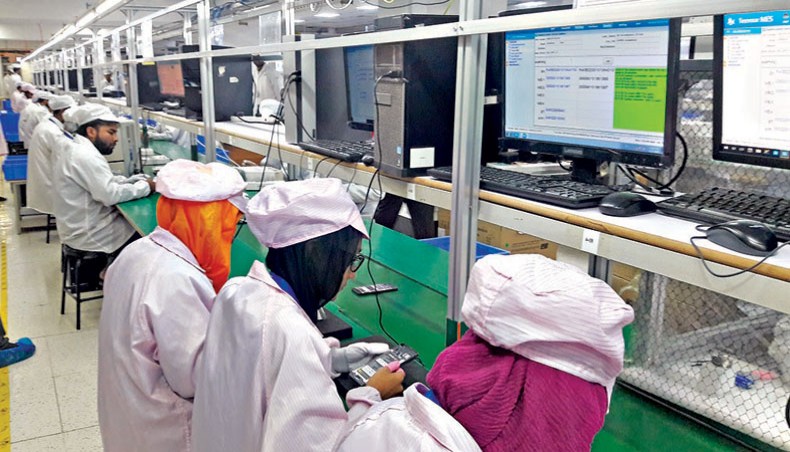 Mobile handset assembling in the country increased by 87 per cent or around 70 lakh units in the last fiscal year of 2019-2020 compared with that in the previous fiscal year.

According to the government data, 1.5 crore mobile handsets were assembled locally in FY20 against 80 lakh handsets in FY19.

The Bangladesh Telecommunication Regulatory Commission has so far granted registration to 11 entities to assemble and manufacture handsets in the country.

Of the entities, 10 companies have already started assembling handsets.

Zakaria Shahid, managing director of Edison Group, the parent company of Symphony, told New Age on Wednesday that the government-announced tax incentives for the mobile phone manufacturing and assembling was helping the sector to grow.

If the trend continues, the country would be able to export handsets to other countries by the year 2022 even after fulfilling local demand, he said.

The government with a view to encouraging foreign direct investment and protecting foreign currency worth around Tk 3,000 crore in every year introduced the budgetary incentives for the local manufacturing and assembling of handsets in the fiscal year of 2017-2018.

It is expected that the incentives would be carried forward to several fiscal years so that the country can acquire skills in the field, company officials said.

Speaking on the impact of coronavirus outbreak, Zakaria said that even though the outbreak of coronavirus had hampered the business for the last couple of months of the fiscal year, people’s interest to have a handset especially the smartphone had improved significantly in the recent days.

It may take the first half of the current fiscal year 2020-2021 for the companies to come back to the pre-coronavirus level of sales, said the Edison managing director, adding that the prospect in FY21 would be better as people had started exploring multidimensional facilities of smartphone.

He also said that Symphony had been working relentlessly to make smartphones affordable to people.

To make the mobile phone manufacturing segment sustainable, strengthening of the backward linkage would be vital, Zakaria added.