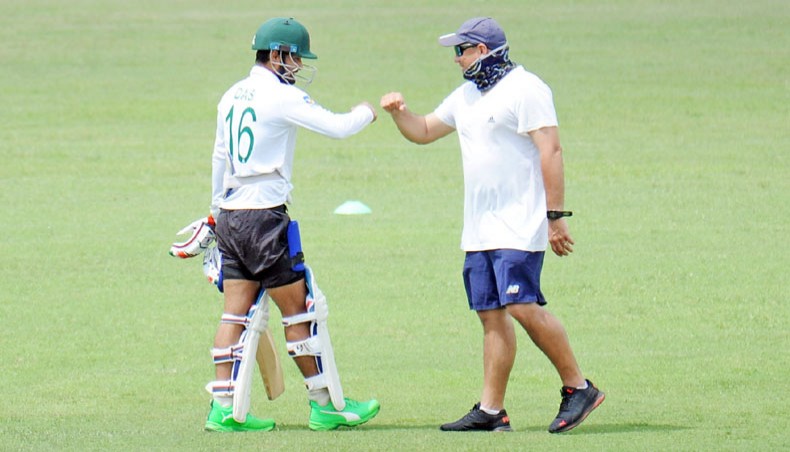 Sri Lanka Cricket officials are on the move to ease some of the restrictions proposed on the Bangladesh cricket team in the forthcoming series but Bangladesh Cricket Board’s main point of contention, the two-week quarantine, is unlikely to change according to their health officials.

BCB president Nazmul Hasan on Monday made his contempt for Sri Lanka’s proposed regulations clear to the media and said they won’t send the national team under such stringent conditions.

SLC president Shammi Silva retorted the next day, saying that they can’t do anything to shorten the quarantine period, as it was imposed by their health authorities.

But on Wednesday the chief of epidemiology of Sri Lanka’s National Operation Centre for Prevention of COVID-19 Sudath Samaraweera told Sri Lankan newspaper Ceylon Today that they are now assessing the risk involved in overlooking the 14-day quarantine period for the Bangladesh cricket team.

Samaraweera said that it was quite unlikely that the mandatory quarantine period would get shortened but hinted that the restrictions on movement during the quarantine period, which the BCB boss had termed as ‘rare in history’, could be altered to make things a little easier for the Tigers.

‘We would have to see what activities could be done during these two weeks of quarantine,’ he was quoted in the newspaper.

According to SLC’s current proposal, the touring Bangladesh team will have to stay in complete isolation in Hambantota for 14 days, where they won’t be allowed to take part in any training activity among themselves and won’t even be allowed to leave their hotel room for food.

Nazmul also revealed on Monday that the SLC won’t even provide any net bowlers, ball throwers etc and it also limited the number of members in the Bangladesh contingent to 30.

Earlier, BCB planned to take a large contingent of 60 odd members including the High Performance team with the national team but due to SLC’s restrictions BCB had to drop the HP team from the tour.

Sri Lankan authorities seem a bit liberal regarding the contingent size as the SLC has requested the health ministry to increase the squad size from 30 to 35 members but the quarantine period for Bangladesh team and other accompanying support staffs are unlikely to be shortened.

On Tuesday, SLC president handed the blueprint protocol for the Bangladesh series to the country’s Army chief and the Head of National Operation Centre for Prevention of COVID-19 Outbreak Lieutenant General Shavendra Silva for his assistance to run the series smoothly, according to the Sri Lankan army website.

In the blueprint, Bangladesh contingent is scheduled to remain in Hambantota from September 27 to October 13.

The website also reported that a 26-member Bangladesh team along with five Lankan Premier League teams would arrive in Colombo in November, meaning the Tigers may have to leave the fringe players before entering the bio-security bubble in the island nation’s capital to play the third and final match of the Test series.