Navalny sacrificed as part of a wider geopolitical battle 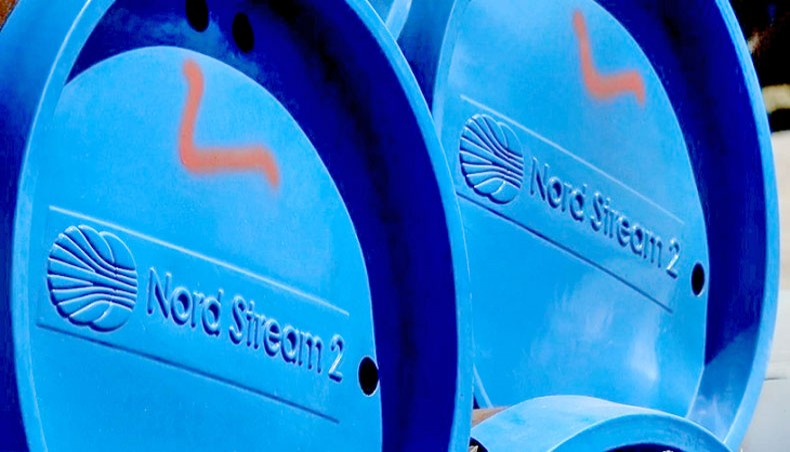 FEW stories in recent years more clearly illustrate the sorry decline in western media standards than the coverage currently being given to the illness of Russian dissident politician Alexei Navalny.

Navalny is at most a minor irritant to the ruling Russian politicians. At the last election he polled less than 2 per cent of the popular vote. In most western countries such a poll rating would barely receive a mention, being classified along with the usual vast array of single-issue fanatics, religious cranks, and those enjoying a brief moment in the spotlight. Certainly, a party that barely registers on the electoral landscape would not receive the extensive coverage given to Navalny.

Publicising his many adventures and misadventures clearly therefore serves a wider political purpose, in this case giving rise to the propaganda theme that Vladimir Putin faces serious opposition. A related theme is that if the said Western favourite does not actually ever win even a significant share of the vote, let alone actual political power, it must be because of some political skulduggery.

Over his career, Navalny has been physically attacked on more than one occasion, and similarly imprisoned on more than one occasion for his constant breaches of the electoral laws, or laws governing the making of political protests. His arrest of course does nothing to diminish his cry of being persecuted, or a threat to the establishment and similar claims that are marked by a complete absence of realism.

None of which serves to lower him in the eyes of the western mainstream media. The latest incident involving Navalny, who was taken ill on a flight to Moscow has given rise to a flurry of anti-Russian propaganda in the western media, and attacks on Putin in particular.

Lost in the flurry of rhetoric of wild allegations is anything regarding a logical analysis of the sequence of events. Navalny, we are told, became ill on a flight having drunk a cup of tea. Assuming for the moment this is correct, was the tea consumed prior to or during the flight? That question is vaguely unanswered. If it was before the flight, what steps were taken to investigate the person(s) who made the tea or delivered it to him? Again, there is a complete blank.

Navalny became sufficiently ill on the flight, which overwhelmingly suggests he received the substance (if indeed there was one) on board. Again, from whom and under what circumstances remains unanswered. The Novichok now alleged to be at fault is a rapidly acting and almost invariably fatal substance, yet he survived. Reports suggest that he was loudly screaming, not a reaction commonly associated with taking a potentially fatal dose of a deadly substance.

The plane diverted from its route and made an emergency landing whereupon Navalny was rushed to hospital where strenuous efforts were made to save his life. None of this is consistent with a state sponsored assassination attempt.

The Russian hospital made strenuous efforts to save his life. As part of the treatment they took blood samples, the testing of which revealed no evidence of a Novichok type poisoning. The hospital retains those blood samples, which are crucial to any understanding of this series of events.

Navalny was then flown to a Berlin hospital. Again, there are several curiosities. He was flown in a non-commercial flight apparently paid for by a hitherto unknown organisation. The cost would have been substantial, but we do not know by whom it was paid.

If Navalny had in fact been poisoned with a Novichok like substance it completely defies logic that he would have been allowed to fly to a western hospital where such a poisoning would have been readily ascertainable.

The Berlin hospital has now announced that they detected a Novichok like substance (the details of which are rather vague), in Navalny. There are a number of logical possibilities in response to this announcement.

The first is that the Russian medical team were incredibly incompetent and did not discover the cause of their patient’s illness. This seems highly improbable. Secondly, Navalny was administered the substance on the plane en route to Berlin (a five-hour journey) or after he arrived in Berlin. If one accepts that the Russian hospital specialists were competent, then during the flight or after arrival must have been when the substance was administered. This option assumes that there was in fact such a substance detected in Navalny, a far from certain assumption.

This raises the question of a wider motive for the possible attack on Navalny, and more importantly the propaganda used to which the incident has been put. This brings us closer to what is likely the real motive for the hysteria being generated against Russia as being responsible for Navalny’s illness.

The Nord Stream 2 project is nearing completion requiring only a few weeks before Russian oil and gas is pumped to Germany. It is no secret that this project has been bitterly opposed by the Americans, who have bullied, cajoled, threatened and bribed the Germans and the Danes (through whose waters the pipeline passes) in an endeavour to cancel the project.

To everyone’s complete absence of surprise the Americans want to supply their fuel instead to Germany. The fact that the cost of the American alternative is about 40 per cent greater than the Russian product is a powerful reason for the Germans (and other European markets) to prefer the Russian option. There is also a political incentive not to be dependent on American suppliers. The price would almost certainly increase if the United States became Europe’s supplier, to the immense competitive disadvantage of European users.

At the time of writing the Russian agreement with Germany hangs in the balance. German chancellor Angela Merkel, previously impervious to United States bullying and threats, now seems equivocal about the Russian contract. A German cancellation of the contract would be a major victory for Donald Trump and some consolation to him for the thwarting of the attempted coup in Belarus.

That a cancellation of the contract will impose huge cost on the Europeans is the least of Trump’s worries. The economic cost will be only part of the burden for the Europeans. They will have demonstrated yet again that their independence is a shame. The cost for Russia will also be substantial although they have been developing alternatives to the East as part of a wider realignment of economic and political ties.

Perhaps the major lesson to be drawn from this whole sorry saga is that Russia must redouble its efforts to create alternatives to the European market. Navalny is an illustration of how expedient individuals can be when they get caught in the much wider geopolitical game being played by the Americans.

New Eastern Outlook, September 15. James O’Neill is a barrister at law based in Australia.