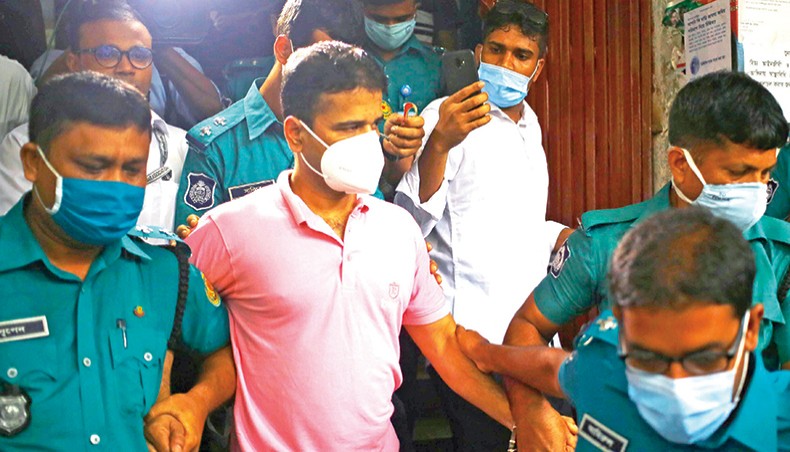 Police lead the convicted police officers from the Metropolitan Sessions Judge’s Court in Dhaka to jail on Wednesday after the announcement of the verdict on the murder of Ishtiaque Hossain Jony in police custody in 2014. — Sourav Lasker

The family of Zahidur Rahman Zahid, former sub-inspector of Pallabi police station who was sentenced to life term imprisonment for beating a young man to death in police custody, on Wednesday paid Tk 2 lakhs as compensation to the victim’s family following a court order.

On Wednesday, the defense pleader advocate Faruk Ahmed sought permission to the court to deposit the money.

Metropolitan sessions judge KM Imrul Kayes allowed the prayer and the defence pleader deposited the money with the Bangladesh Bank.

Lawyer Farooq Ahmed said, ‘We have deposited Tk 2 lakh with Bangladesh Bank as compensation as per the court order. Now, we will appeal against the conviction.’

Two other accused were given seven-year imprisonment each and all the five were fined Tk 1 lakh each or another six-month in jail.