In LAC talks, from peace to conflict prevention 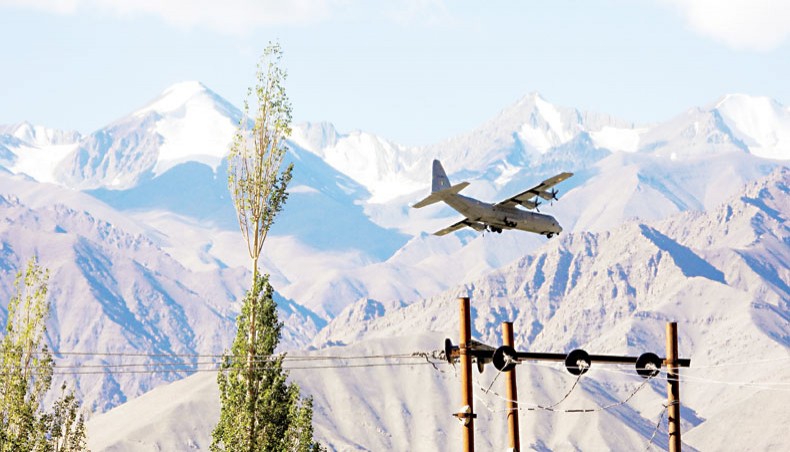 There seem to be irreconcilable differences between India and China over fundamentals of the key border agreements, writes DS Hooda

THE ongoing crisis in eastern Ladakh has raised many issues on the range and trajectory of India-China relations. Among these is the future relevance of various agreements that were signed between the two countries to maintain peace and tranquillity along the Line of Actual Control that serves as a de facto border.

Agreements over the years

SOME experts argue that the genesis of the current problem lies in the first agreement signed between India and China in 1993. They say India should not have accepted the term ‘LAC’ in this agreement as there was no clarity as to where this line lay on the ground, and this ambiguity has forced India to adopt a policy of appeasement on the LAC. The absence of a delineated LAC is undoubtedly problematic, but it would also be appropriate to put the various agreements in a historical context, and dispassionately analyse their impact and their future relevance.

After the 1962 war, the India-China border was loosely controlled by both sides, with a fairly sparse deployment of troops. That did not mean that border claims were diluted by either side, as witnessed in the bloody clash at Nathu La in 1967. The China Study Group, established in 1976, gave clarity to India’s claims by laying down the patrolling points and guiding the scope of military activity along the LAC.

A significant change in border management occurred after the Chinese occupation of a post in the Sumdorong Chu Valley in 1986. The massive response by the Indian army sparked realisation on both sides that the boundary issue needed to be brought to the fore, and pending a settlement, some mechanism must be evolved to keep peace along the LAC.

I was posted as a young major in the China desk of the Military Operations Directorate when prime minister Rajiv Gandhi made the breakthrough visit to Beijing in 1988. After his visit, we had started working on a number of drafts on confidence-building measures along the LAC. Many of these recommendations were incorporated in the Agreement on the Maintenance of Peace and Tranquillity along the Line of Actual Control in the India-China Border Areas, signed in 1993.

The 1993 agreement formalised the LAC concept. However, understanding that there were differing perceptions, it called for creating a group of diplomatic and military experts for ‘resolution of differences between the two sides on the alignment of the line of actual control’. The agreement eschewed the use of force to settle the boundary issue and, as part of confidence-building measures, restricted military exercises and air activity close to the LAC. An essential part of the agreement was a reduction in ‘military forces along the line of actual control in conformity with the requirements of the principle of mutual and equal security to ceilings to be mutually agreed’.

DID these agreements serve a useful purpose? Undoubtedly, they resulted in an extended period of calm along the LAC and ensured that not a shot was fired. However, two unimplemented aspects of the agreements, combined with a shift in military posture by both sides, have led to an erosion of confidence-building measures between the two armies in the past few years.

First, the differences in the alignment of the LAC could not be resolved. Attempts were made, and maps were exchanged of the central sector, but there were apparent irreconcilable differences over the western sector, and the process stalled in 2002. Second, the agreement on reducing military forces along the LAC to the minimum was neither seriously discussed nor implemented.

In the late 1980s, when rapprochement with China was being considered, the Indian army looked towards Pakistan as the major threat. However, even at that time, papers produced by my superiors in the Military Operations Directorate stated that in about 15 years, India’s primary adversary would be China. By the mid-2000s, the northern borders came into increasing focus of the military and the government.

In 2006, a decision was taken to build 73 strategic roads along the LAC. In 2010, two new divisions were raised to strengthen deployment in Arunachal Pradesh, and additional formations were deployed in Ladakh. In 2013, the Indian government sanctioned the raising of a mountain strike corps for the northern border. As infrastructure improved on the Indian side and larger forces were available for patrolling the LAC, face-offs with Chinese patrols increased. In many cases, the Chinese soldiers complained that they were being prevented from going up to areas that they had traditionally patrolled, but India was defending its perception of the LAC more robustly.

There is also a mistaken notion that the LAC is some fuzzy and unclear line. India’s perception of the LAC is clearly marked on its military maps, and while the soldiers understand that there are areas of differing perception, there is no ambiguity about the line that they are tasked to defend. Some media reports point out that the Indian army had not been patrolling in the Depsang area after the 2013 intrusion by the Chinese. I will only briefly state that this is not true.

As face-offs between the two armies became more frequent, protocols weakened. The first manifestation of this came in the Depsang intrusion in 2013, and the attempted intrusion at Chumar in 2014. In between Depsang and Chumar, both countries signed the Border Defence Cooperation Agreement, but it had little impact on the ground.

EVEN after Chumar, although protocols had weakened, they were still holding, and held out till the Doklam incident of 2017. It was after Doklam that we saw greater aggression by both sides. On August 15, 2017, videos were flashed all over the media of Indian and Chinese soldiers at Pangong Tso involved in stone-throwing. Today, the brutality of deaths along the LAC, the complete loss of trust and disregard for the LAC by China have left all agreements in tatters.

Can we go back to a situation where both sides revert to respecting the past agreements? I think it is no longer possible because two fundamentals of the agreements — resolution of the differing perceptions of the LAC and reduction of military forces — which have been ignored over the years stand unimplemented. There seem to be irreconcilable differences over these fundamentals.

This reality is reflected in the five-point consensus arrived at in the recent meeting between the two foreign ministers. The two sides have agreed to ‘conclude new confidence building measures to maintain and enhance peace and tranquillity in the border areas’. This is a good step forward, although we should no longer be talking about peace and tranquillity along the LAC, but conflict prevention.