Futile attempts made by Washington 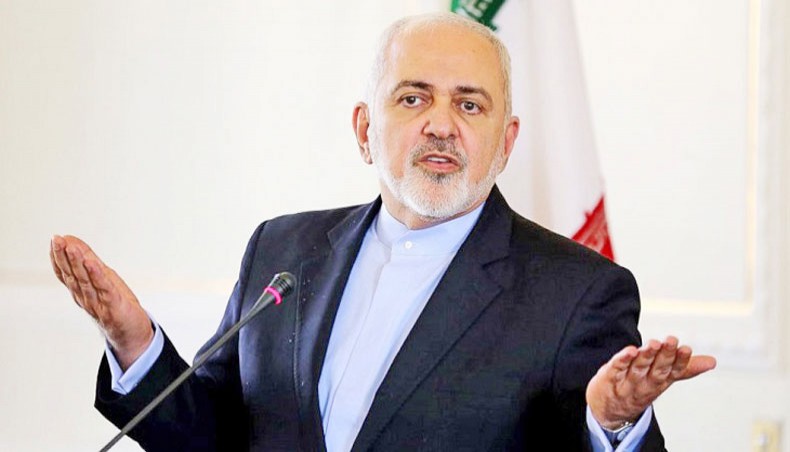 PERMANENT representative of Niger to the United Nations Abdou Abarry, who took over as president of the UN Security Council, said he supported the statement that no further action can be taken concerning the request submitted by the US to reinstate UN sanctions against Iran, since the body’s 15 members cannot reach a consensus. Moreover, thirteen Council members argue that Washington’s attempt to reimpose UN sanctions against Iran has no validity, given that it uses a process which was agreed upon during the nuclear deal between Tehran and other world powers, and the US rejected that in 2018.

US secretary of state Mike Pompeo in response to this stated that on August 20, he initiated a 30-day process to reinstate all international sanctions against Iran, known as the snapback, by filing a complaint with the UN Security Council that groundlessly accused Tehran of violating the 2015 nuclear deal. This kind of hypocrisy, gross distortion of the obvious facts, and bald-faced lies is simply surprising, and is causing many people to doubt that US leadership has an adequate ability to pursue a level-headed policy towards many countries around the world.

It is quite apparent that Donald Trump, on the eve of the upcoming elections, is trying to activate the mechanism of a so-called ‘rollback’ in the nuclear deal with Iran in 2015, which would restore tough and unfair international sanctions against Tehran. But that move is aggravating the dispute between the United States and other members of the UN Security Council, and even between the White House and its European allies.

And the fight to preserve the Joint Comprehensive Plan of Action continued in Vienna, where the signatories to the 2015 Iran nuclear deal held an important meeting to discuss the tensions surrounding that deal, and to analyse the pressure the current US administration is trying to exert on Iranian leadership.

The meeting, which was attended by representatives from the European Union, Britain, France, Germany, Russia, China, and Iran, took place against the backdrop of increased tension between Washington and parties to the JCPOA over US attempt to initiate a controversial mechanism to impose international sanctions against Iran again.

In an effort to address the concerns raised by some parties to the JCPOA over ‘serious disagreements’ between Iran and the International Atomic Energy Agency, Tehran recently reached an agreement with the UN nuclear safety watchdog to grant IAEA inspectors access to two sites where, according to fake news reports by American media outlets, over the past two decades Iran has been performing activities relating to nuclear power. According to the joint statement, the IAEA will continue to take Iran’s security concerns into account by taking safeguards to protect all classified information about any guarantees in accordance with the IAEA Charter, relevant international provisions, established confidentiality restrictions, and IAEA standards and procedures.

And nonetheless, in what was a clearly doomed final attempt, the United States stubbornly continues to claim that it still has the right to initiate the process, since it is mentioned as a ‘JCPOA State participant’ in UN Security Council Resolution 2231, which ratified the JCPOA. The US complaint came after the UN Security Council rejected a resolution that Washington had drafted calling for prolonging the UN arms embargo on Iran, which expires on October 18. ‘If any member of the UN Security Council introduces a resolution to continue sanctions relief, the US will oppose it. If no resolution is introduced, the sanctions on Iran will still return on September 20. That’s how UNSCR 2231 works,’ secretary of state Mike Pompeo wrote.

Iranian foreign affairs minister Mohammad Javad Zarif expressed a fairly unique reaction to the announcement made by the US on the unilateral reinstatement of sanctions against Iran, writing on Twitter: ‘Obviously they (Americans) don’t understand law or UN. Maybe they can grasp this: You divorced the JCPOA in 2018. Your name on the marriage certificate is irrelevant.’

Iran is currently seeking to thwart the US plan to reinstate UN sanctions through various means, including via the JCPOA Dispute Resolution Mechanism in the nuclear deal. Iran has triggered the DRM in an attempt to keep the nuclear deal and resist US pressure. Given that the US has transitioned from the JCPOA to UN Resolution 2231 in its efforts to try to reinstate UN sanctions, Iran is seeking to bring the entire issue back into the scope of the JCPOA to thwart the US plan regarding the reverse process.

The nuclear deal has been through many difficulties over the past two years, but September could spell its end once and for all. And even if it somehow survives through September, nothing will be the same as it was before that month. Ultimately, it may lose its raison d’être after the November US elections.

In such a tough situation, Moscow is taking a completely different position: one whose ultimate goal is to help establish American-Iranian relations and, eventually, a lasting peace in the Persian Gulf region. Russian foreign minister Sergei Lavrov has explicitly stated that Moscow welcomes direct talks between Tehran and Washington, adding that Russia is ready to help both countries to begin negotiations. ‘We think it’s better to address different points of view and raise questions directly, and then get direct answers,’ he said.

He also highlighted the futile US attempts to continue UN sanctions against Iran, stating that those attempts are doomed to failure. Sergei Lavrov, as an experienced diplomat, said that Washington had lost all its rights in conducting relations with Iran, having abandoned its obligations under the 2015 nuclear deal with the country. The United States now wants to use a fairly complex, sophisticated legal instrument, which was laid down in the JCPOA and ratified by the UN Security Council, to try to reimpose collective sanctions. ‘But this mechanism was prepared solely for situations where Iran does not fulfil its obligations, and this is not the case,’ he said.

New Eastern Outlook, September 11. Victor Mikhin is a member-correspondent of the Russian Academy of Natural Sciences.