Only four of 61 defaulting directors comply in BSEC-set timeframe 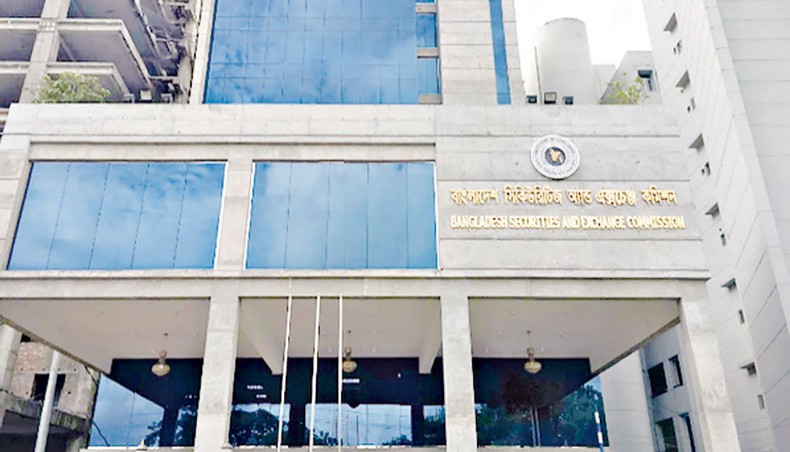 A file photo shows the front view of Bangladesh Securities and Exchange Commission building in the capital. Only four directors of three listed companies complied with rules regarding minimum 2-per cent shareholding by each director of a listed company though the Bangladesh Securities of Exchange Commission on July 2 gave 61 non-compliant directors of 22 companies 45 days to ensure required amount of shareholding in their respective firms. — New Age photo

The BSEC asked the directors to comply with the rules to keep their directorship in their respective entities.

The commission also warned of necessary legal action against the non-compliant directors.

BSEC officials said that four directors of three companies had bought shares to comply with the directive by the timeframe.

The investors became active on the trading floor after the regulator asked the companies to comply the rules.

Six directors of two other companies announced buying shares or receiving shares as gift from parents to ensure 2 per cent shareholding.

But they failed to comply with the rules within the stipulated time.

BSEC officials said that the other 51 non-compliant directors from 20 companies did not show any interest in buying shares to ensure the required amount of shareholding in their respective firms.

The BSEC made it mandatory for each sponsor-director to hold minimum 2 per cent shares of a company’s paid-up capital by issuing a directive on November 22, 2011. The directive was amended on May 21, 2019, imposing more restrictions.

According to the rules, if any director fails to comply with the 2-per cent shareholding rules, his/her position would be automatically vacated.

Despite repeated warnings from the regulator in the last eight years, many directors continue holding their position without complying with the rules.

Earlier in 2017, the BSEC listed 219 directors of 79 companies who were non-compliant with the 2-per cent shareholding rules to take legal action against them.

But, no action has so far been taken.

Market experts said that lapses in the rules and lack of punishment and accountability encouraged the companies to continue with their errant practices.

All the directors of Bangladesh National Insurance Company were compliant in 2017, but now, as per the latest BSEC data, the company has five directors who hold zero per cent shares in the company.

As per the amended rules, a company must appoint directors who hold 2 per cent or more shares of the company in place of the non-compliant directors, but the companies did not comply with the rules.