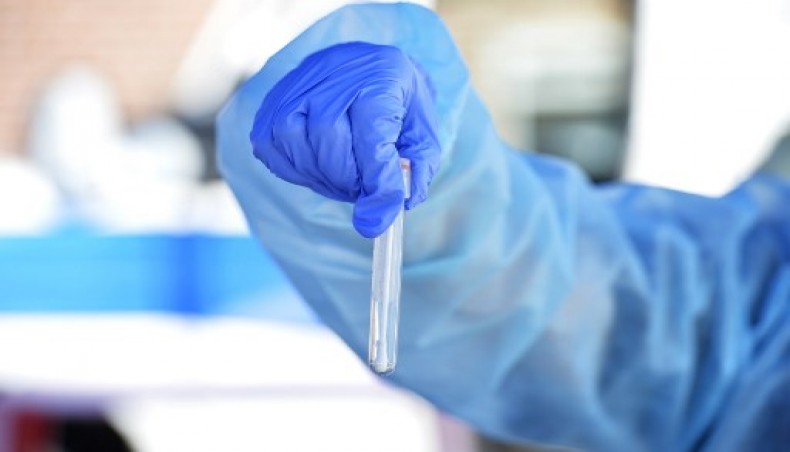 In this file photo a health worker holds up a test tube with a Covid-19 test sample taken from a person at Revere Beach in Revere, Massachusetts on August 11, 2020. - AFP photo

Young adults with underlying conditions such as morbid obesity, diabetes and hypertension are at the highest risk of being placed on a ventilator or dying from Covid-19, according to a study of 3,000 hospitalized patients aged 18 to 34.

The analysis, published Wednesday in the journal Jama Internal Medicine, focused on patients hospitalized between April and June in the United States.

It confirmed first and foremost that black and Hispanic people have been the worst affected by the pandemic: they accounted for 57 per cent of all young adults who were hospitalized and 49 per cent of those who died or needed ventilation.

They represent about a third of all young people.

As has been seen in other age groups, males are at greater risk than females -- representing 58 per cent of hospitalized cases among young people and 65 per cent of young people who died or were placed on ventilators.

People with morbid obesity -- defined as having a body mass index of 40 or more -- were extremely overrepresented, accounting for 41 per cent who needed ventilation or died.

Young people with all three of these underlying conditions had the same risk for death or intubation as middle-aged (35-64) patients without the conditions.

The study joins multiple others indicating that obese people are at a higher risk of complications from Covid-19.

A ‘meta-analysis’ of multiple studies involving 399,000 patients, published in August in the journal Obesity Reviews, estimated that obese people were twice as likely to be hospitalized after contracting the coronavirus, compared to people who are not obese.