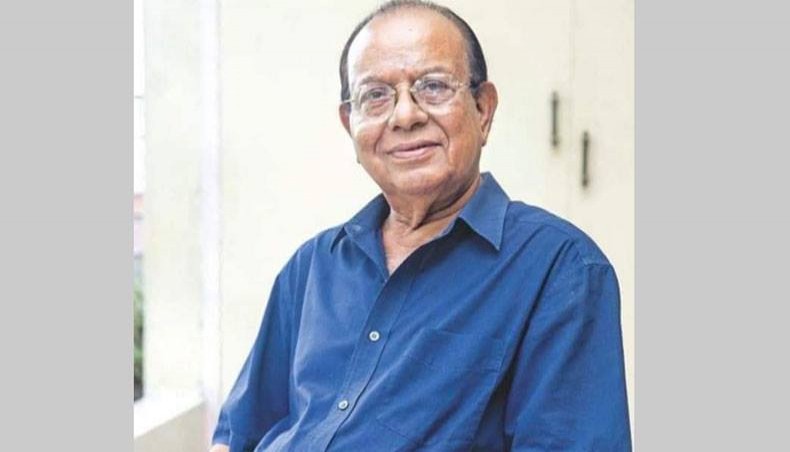 Firoz, also a retired major of Bangladesh army, was undergoing treatment at the Combined Military Hospital where he was admitted with lung infection on August 30. His swab samples were collected for COVID-19 test and the test result came back positive.

Firoz is survived by his wife and three daughters.

‘My father was admitted to CMH with lung infection on August 30. His swab samples were collected and he tested positive for COVID-19. He was undergoing treatment at the ICU of CMH. He passed away at 6:20am on Wednesday,’ Rabiya Firoz, youngest daughter of KS Firoz, told New Age.

Colleagues and well-wishers expressed deep shock at the death of KS Firoz, who won the hearts of thousands acting in films, small screen and theatre productions.

Actress Dilara Zaman has played the character of wife of KS Firoz in over a hundred teleplays and drama series. She said that KS Feroz was a man of value who always inspired younger generation artistes.

‘I began my small screen career acting opposite KS Firoz. I also played the character of his wife in many drama series throughout the ‘90s. He was a talented actor. It is hard to believe that he is no more. May his departed soul rest in peace,’ said Dilara Zaman.

Thespian Mamunur Rashid, who has performed alongside KS Feroz in quite a few dramas, said KS Firoz was a talented actor liked by all.

‘KS Firoz was not only a good actor but also a good human being, who always criticised anomalies in society. He founded theatre troupe Theatre (Arambagh) to promote theatre among people from all walks of life. He had acted in many theatre productions. I acted alongside him in many dramas and drama series that were aired on different TV channels. I am deeply shocked at his death,’ said Mamunur Rashid.

‘He was a pioneer actor who always inspired younger generation artistes. I had a good relation with him. I have acted alongside him in many dramas and drama series. I played the character of his son in the drama series “O Amar Chokhkhu Nai” for six years. After he retired from the army, he dedicated his life to acting. He was the adviser of Actors’ Equity and played an important role during the last election of the organisation. His death has left a huge void in country’s cultural arena,’ said Ahsan Habib.

‘KS Firoz had impressed countless cinema and TV buffs with his acting. He was known for his friendly demeanour and he devoted his life to promote our industry. I extend my sincere condolences to his family on behalf of Bangladesh Film Artistes’ Association,’ said Zayed Khan.

KS Firoz was born on July 7, 1944. He was drawn to acting since an early age. He performed in a production which was staged at British Council in 1964. After the then PTV was launched on 25 December 1964, he made his small screen debut with drama ‘Dwip Tabu Jyale’.

He was a member of now defunct theatre troupe Unmochon and joined Theatre (Arambagh) in 1988 where he served as the general secretary and president at different times. He also acted in the troupe’s plays including ‘Shaat Ghaat er Kanakori’, ‘Rakkhoshee’ and Bengali adaptation of William Shakespeare’s ‘King Lear’.

He returned to BTV with drama ‘Pratisruti’ and never looked back. He acted in numerous dramas and drama series that had been aired on BTV and different private TV channels. He received huge response playing the father of lead characters on the small screen.

Prior to his death, he acted in Sokal Ahmed directed drama ‘Phulmohol’ and ‘Shunnota’ by Moniruzzaman.

KS Firoz was buried at the Banani Military Graveyard after Zuhr prayers on Wednesday.