Bangladesh to set up watch towers, CCTV to monitor Rohingyas 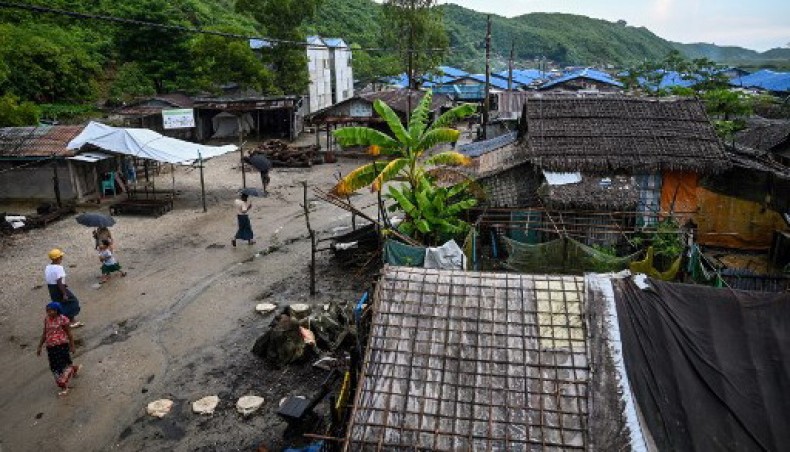 In this file photo taken on October 03, 2019 people walk in Kyauktalone camp in Kyaukphyu, Rakhine state, where Muslim residents have been forced to live for seven years after the inter-communal unrest tore apart the town. - AFP photo

Liberation War Affairs Minister AKM Mozammel Haque on Tuesday said fence, watch towers and CCTVs (Close Circuit Television Cameras) will be installed to beef up surveillance in and around the camps of Rohingyas to check criminal activities.

‘We will set up 24 watch towers, construct fence and install CCTVs to monitors activities in Rohingya camps round-the-clock,’ he told journalists after a meeting of the Cabinet Committee on Law and Order at the home ministry conference room.

Mozammel said the meeting has decided to construct fence along with setting up CCTVs and watch towers aimed at controlling drugs smuggling, as a section of Rohingyas engaged in such activities.

‘The meeting also agreed to continue anti-drug operations and identify patrons of drug smuggling to bring them to book. Measures are underway to update the existing Narcotics Control Act-2018 to ensure visible punishment for smugglers,’ he said.

The minister said a committee will be formed to coordinate all reports prepared by intelligence agencies on various issues.

Replying to a question, he said the meeting has given authority to home minister Asaduzzaman Khan Kamal for constituting the committee.

The minister said the law and order situation in the country is under control. The meeting decided to bring more than 500 foreign nationals, staying in Bangladesh without legal documents, in a camp and deport them to their origin countries, he added.

‘We have asked National Board of Revenue (NBR) to enquire about payment mode against foreign advertisements,’ he said.

The Bangladesh Telecommunication Regulatory Commission will check internet based televisions and channels whether they maintain licenses or permissions from authorities concerned and offices in Bangladesh, Mozammel said.

‘We have also decided to bring upazila complex under security and CCTVs surveillance,’ the minister added.