Serena undecided over French Open, wants to stay in apartment 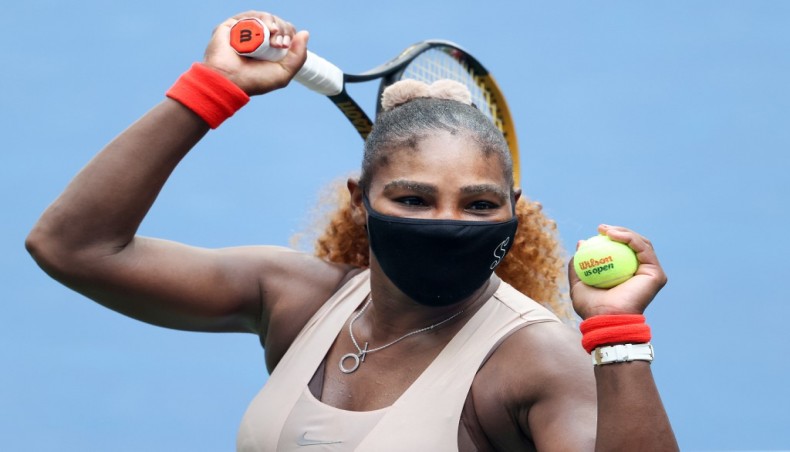 Serena Williams of the United States is seen after defeating Maria Sakkari of Greece during their US Open women's singles fourth round match at the USTA Billie Jean King National Tennis Centre on Monday. — AFP photo

Serena Williams said Monday she wanted to talk to French Open organizers about safety protocols before confirming whether she'll play, adding she'd hoped to stay in her apartment during the Slam.

The French Open tournament director announced Monday that all players at Roland Garros will be housed in two designated hotels ‘without exception,’ to reduce the risks from coronavirus.

But Williams, who has been allowed to stay in a private house during her US Open bid, suggested it was illogical to be so strict over accommodation when spectators would be present in arenas.

‘Well, if there are fans, then we should be able to stay elsewhere, then,’ Williams told reporters after moving into the quarter-finals at Flushing Meadows.

‘Yeah, that's interesting, because there is no private housing but there's fans,’ she then added.

The 23-time Grand Slam winner has a history of serious lung problems that put her health at risk during the pandemic.

She suffered a pulmonary embolism while giving birth to daughter Olympia in 2017, the second time she has needed emergency treatment for the problem.

Williams said she had been ‘hoping’ to stay in her apartment in Paris but added that French Open organizers were doing their best in difficult circumstances.

She said she would have to speak to them about how it will work with fans.

‘I'm super conservative because I do have some serious health issues, so I try to stay away from public places, because I have been in a really bad position in the hospital a few times,’ Williams explained.

‘So I don't want to end up in that position again, so I don't know. I'll just do my best to continue to keep -- for me, I try to keep a 12-foot distance instead of six.’

She added that it ‘should be okay’ for her to participate but that she wouldn't rush into making a decision.

‘I'm honestly taking it one day at a time. I'm going to have to make the best decision for my health,’ Williams said.