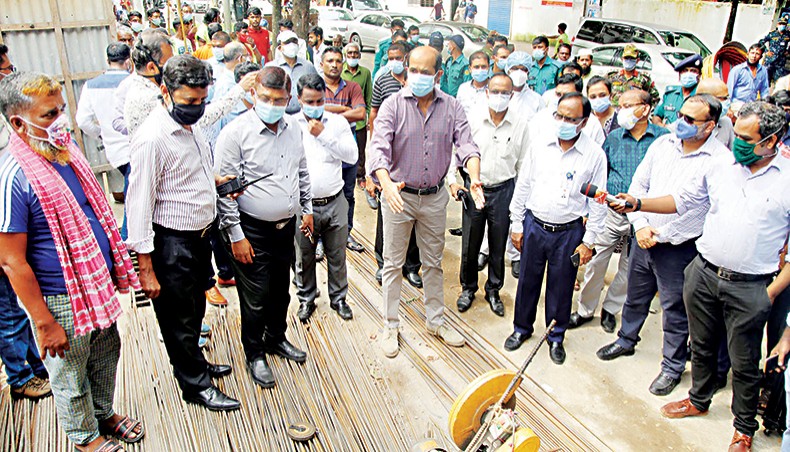 The city corporation’s 10 executive magistrates of all zones led the drives to seize products on the roads and footpaths.

The mobile courts called 32 auctions on the spot and sold seized products for Tk 13,08,590.

They realised Tk 7,45,200 in fines and evicted 1,200 illegal structures built on public property.

Dhaka North City mayor Md Atiqul Islam was with a mobile court for Gulshan Road No 86, 87 and 67 and Banani Road No 15 areas at around 10:00am as per earlier announcement.

Atiqul said that the city corporation would not allow anyone to operate business grabbing footpaths and roads.

‘No matter how powerful they are, none will be able to do business on the sidewalks of this city by keeping any kind of construction material or any other material,’ he said.

Mayor said that such construction materials got washed out in the drainage network creating waterlogging.

‘The DNCC will conduct drives once in a week against road and footpath grabbing by keeping materials,’ he said.