US and its ‘humanitarian’ war for Central Asia 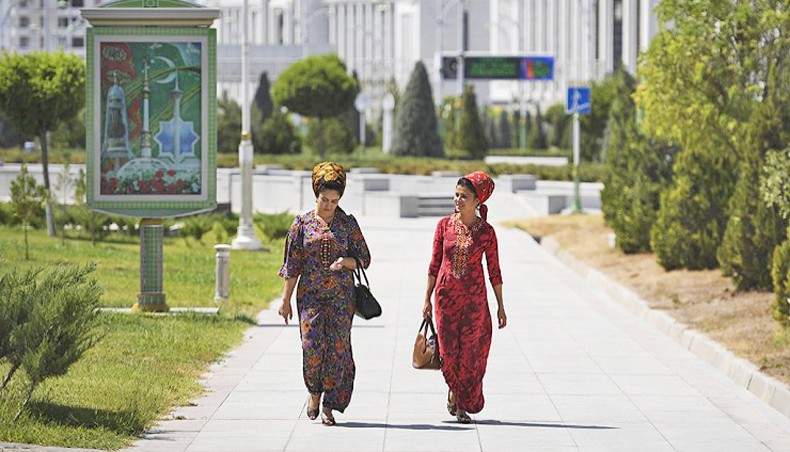 DESPITE the failure of the colour revolution campaign organised by Washington, the United States and its allies show no signs of moving their attention away from Central Asia. The countries in the region continue to receive so-called ‘assistance’ that permeates all spheres of life of the republics, implanting foreign values, undermining the authorities and interfering in internal affairs, actively trying to tear these states away from Russia and China.

Since the countries of Central Asia’s proclamation of independence, various international donors have expanded their participation in the region by providing official state and international assistance for development, which has reached more than 25 billion US dollars since 1991. The largest recipient of such aid in the region is Kyrgyzstan, which has received about $8.1 billion, followed by Tajikistan ($5.9 billion), then Uzbekistan ($5.8 billion), and Kazakhstan ($4.2 billion). The country that has received the least amount of aid since 1991 was Turkmenistan ($803.45 million). But this is only direct state and international assistance.

In addition, the so-called ‘assistance’ is afforded through various foundations, NGOs, including the United States Agency for International Development, the National Democratic Institute, Soros Foundation, Freedom House, Foundation to Promote Open Society, Civil Society Development Association and others, as well as embassies of Western countries. Recently, the well-known abbreviation NED (National Endowment for Democracy), has been mentioned more and more often in the media.

Fearing the restoration of the ‘Soviet regime’ in the states of Central Asia and the strengthening of Russia and China’s influence, the United States in its activities in the region increasingly began to focus on the ‘humanitarian’ areas, including, first of all, the ‘educational presence’, strengthening of influence on society through various controlled NGOs, establishing control over the press and, through Washington-funded information platforms, influencing the creation of an ideological and propaganda background beneficial to the United States.

The ‘educational presence’ is viewed in Washington as the most important stage in the preparation of the future political and business elite in the states of interest to the United States, and is mainly carried out through ‘flagship’ universities, the activities of cultural sections of American embassies, exchange programmes and educational grants.

The focus of such ‘flagship’ universities in educating future leaders of the region’s countries close to the United States is not even hidden in the official announcement of the American University of Central Asia, which states that it was founded in 1993 to ‘educate future leaders for democratic transformations in Central Asia.’ It became the first university in Central Asia to issue US accredited liberal arts degrees through a partnership with Bard College in the United States of America. It is worth noting that the AUCA is not accountable to the ministry of education and science of Kyrgyzstan, it has an American board of trustees, and since May 2019 it has been headed by American political scientist, an expert on Russian politics, Andrew Kuchins.

Other flagship US universities are predominantly located in Kazakhstan. One of them is the private Kazakh-American University, which is a multi-level educational complex with a kindergarten, school, bachelor’s and master’s degrees. KAU was established in 1997 to ‘train professionals focused on leadership and aimed at the industrial and innovative development of the Republic of Kazakhstan,’ as follows from the official presentation of this university. Another pivotal US university in Central Asia is KIMEP, the oldest and largest private university operating according to the North American model of education in Central Asia for the same purpose of educating the future leaders of the region by their own model. Another important institution of higher education providing the ‘educational presence’ of the United States is Narxoz University (formerly the Alma-Ata Institute of National Economy) in Kazakhstan, which is headed by American Andrew Wachtel, current member of the US National Academy of Sciences and former president of the AUCA.

In addition, the United States has a network of partner universities in the region. At the same time, in a number of higher educational institutions of Kazakhstan, Kyrgyzstan, Tajikistan, Turkmenistan, there are so-called ‘American sections’, which are essentially US embassy’s external units, where appropriate work is carried out with the youth of Central Asia, aimed at achieving American foreign policy and foreign economic goals. The American Council for Cooperation in Education and Language Learning operating in the region is subordinated to the same goals, which, by this Council’s own definition, is called upon to ‘educate specialists who are able to spread American ideas in the field of business, public administration, to plant the American educational system, to promote positive image of the USA’.

For a more productive outreach to student youth, American diplomats actively communicate with various higher educational institutions of the region, often speak there, participate in institute conferences, invite individual students to some protocol events at the US embassy, thereby demonstrating an interest in the fate of the future leaders of the Central Asian countries. In carrying out such activities, representatives of American embassies have the opportunity to spot the brightest students, mark them with individual grants and invite them to participate in exchange programmes funded by the state department, and with the support of American corporations or other ‘interested’ US institutions, including US intelligence agencies.

Thus, the ‘educational presence’ is effectively used in the ‘humanitarian struggle’ of the United States for Central Asia, to increase the loyalty of Central Asian citizens to America, especially the most ambitious and brilliant representatives of regional youth. Thus, actively interfering in the domestic affairs of the Central Asian countries and influencing them.