View from The Stands 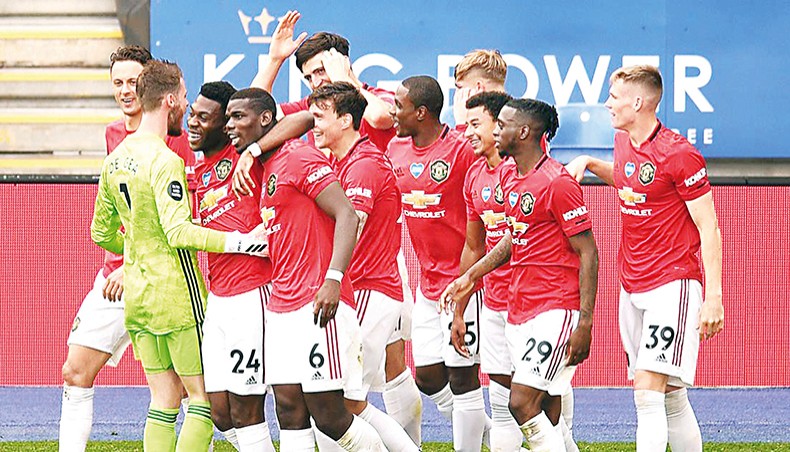 The forthcoming season of the Premier League presents another opportunity for Manchester United to mount their first serious challenge for the title since winning the league in 2012-13.

However, Bangladeshi hard-core United fans are not exactly holding their breath in anticipation, as they believe the club is still going through a rebuilding process under Ole Gunner Solskjaer.

With Liverpool, City so far ahead, Chelsea spending huge in the transfer market and Arsenal showing drastic improvement under Mikel Arteta by winning the FA Cup and Community Shield, United need at least two or three top-level signings in the transfer window to be competitive in the league.

Solskjaer, a club legend in his own right, currently has enough resources at United to form a good playing XI, but the lack of top-level alternatives could put him in a tough spot during the league.

Borrusia Dortmund’s English winger Jadon Sancho has been United’s main transfer target this summer but the German club’s astronomical asking price for the player, 120 million Euros, have kept the English giants away from the deal.

Shihab Rahman, an admin of Manchester United Supporters Club Bangladesh, believes the signing of Sancho or a world-class winger will boost United’s chances of finishing in the top-four.

‘This season, our main target has been Sancho. United hasn’t found a proper replacement for Nani in the right wing since the Portuguese left. The club tried with the likes of Juan Mata and Alexis Sanchez but all failed. Sancho is the one who can fill that gap,’ said Shihab, a fifth-year medical student at Popular Medical College.

United recently completed their first signing of the season when they bought Dutch midfielder Donny van de Beek from Ajax.

But Shihab thinks that United still need a defensive midfielder to even out the balance of the team and needs to bring one world-class centre-back to fend off the lethal attacks of top Premier League sides.

‘Van de Beek is a top buy. He has strengthened our midfield. But all three of them cannot play together, as they are all attacking midfielders. Only two of the three will start. So we need a quality defensive midfielder to help them.

‘To fill that void, I guess Solskjaer will possibly unleash highly talented James Garner, a product of the United youth academy, if he cannot buy one.’

RB Leipzig’s highly rated centre-back Dayot Upamecano has also been linked to United but Shihab thinks it would be almost impossible to bring the Frenchman this season.

Ishraq Navid Chowdhury, another United fanatic and associate coordinator of Manchester United’s Supporters Club Bangladesh, is emboldened with United’s third place finish last season, a position which looked improbable for most of the campaign.

United were 14 points behind Leicester City in February, but while the Foxes folded, United rediscovered their form and were the only unbeaten side after football’s resumption post the COVID-19 break.

But Ishraq thinks it would be harder to finish in top four this season even if United buy Sancho.

‘If we want to finish in top four, we must get Sancho but even that might not be enough. You cannot reduce a 30-point gap in one season. We are still in a rebuilding process,’ said Ishraq, an employee of Apex Footwear Limited.

Mahmud Wasif Nafee, a Biomechanical Engineering student at BUET, believed United had to sign Sancho and find a quality defensive midfielder to stay in contention for a top-four finish.

‘Our main problem now is that we don’t have a quality defensive midfielder. And we must buy Sancho and also a quality centre-back if possible like [Dayot] Upamecano if we want to finish in the top three or four.’