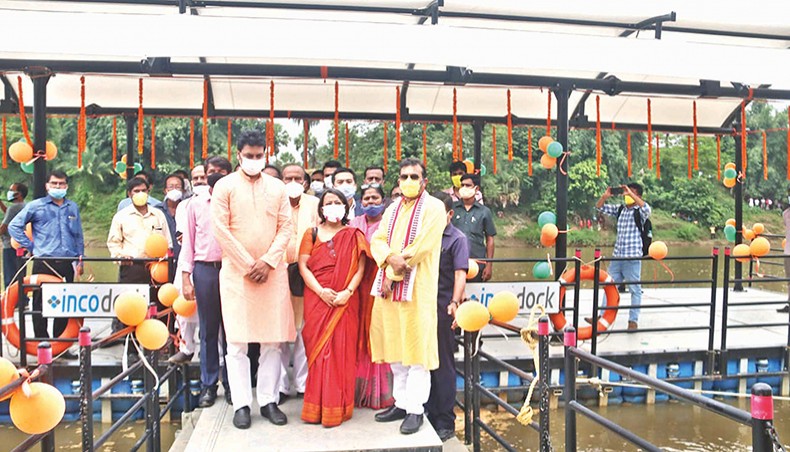 The government on Saturday launched the River Gumti route for trade with India under the inland waterway protocol connecting Daudkandi in Cumilla to Sonamura in Tripura, India.

Biplab in a tweet said that it was ‘a new era of waterway connectivity’ as this was the first-ever export consignment from Bangladesh to Indian state of Tripura through the inland waterways.

‘It is a historic moment,’ Riva Das said at Bibir Bazar, on her way to Tripura by road.

Indian external affairs ministry described the incident as ‘another milestone’ in relations between the two countries, according to a press release.

The inclusion of Sonamura-Daudkhandi stretch of the river Gumti as a new route in the protocol will improve the connectivity of Tripura and the adjoining states with Indian and Bangladesh’s economic centres and will help the hinterland of both the countries, it said.

The Protocol for Inland Water Trade and Transit was signed between India and Bangladesh in 1972 to provide inland waterways connectivity between the two countries, particularly with the north eastern region of India and also to enhance bilateral trade.

In the last one year, approximately 3.5 million tonnes of cargo were transported between Bangladesh and India on the protocol routes, according to Indian external affairs ministry.