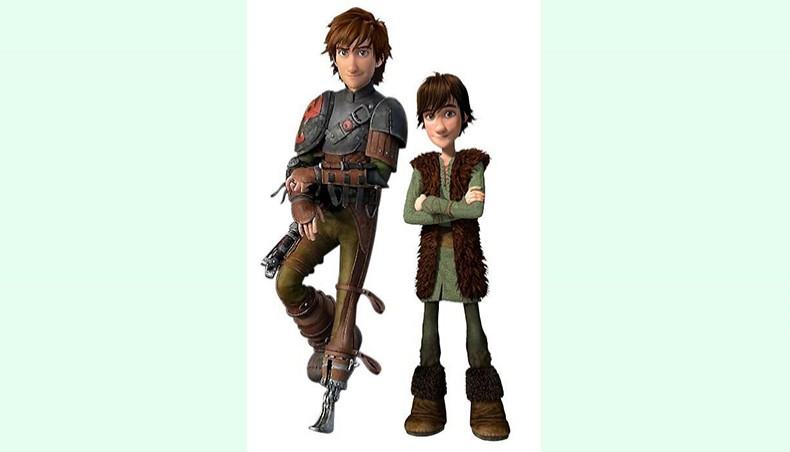 Hiccup Horrendous Haddock III, protagonist of the film series How to Train Your Dragon.

Images and stories in films and television can deeply influence public opinion and establish societal norms against/for people with disabilities. In most films, people with disability have been portrayed in a set of stereotypical frameworks. They should be represented as a complete human being, as an individual deserving every right and opportunity like a normal person, writes Nayan Sayed

REPRESENTATION in the media, in all of its forms, has immense power to shape ideas. Today films, television, and digital media can influence how we see others, and how we see ourselves. If it is an authentic representation, it can break down barriers and open us to new ideas but if it is an inaccurate one or agenda driven, it can generate prejudices, misconceptions, and stigma.

As psychologist Paul Hunt identified ten common stereotypes the media uses to portray characters with disabilities: pitiable or pathetic, an object of curiosity or violence, sinister or evil, crippled, laughable, his/her own worst enemy, a burden, non-sexual and unable to participate in daily life.

Although time has changed, in the last decades we’ve seen more visibility and less stereotype of people with a disability in the entertainment media, but the common stereotypes still tend to stick around disability much more than they should. Still, characters in films and television are either incredibly ingenious or minimised. The followings are just some of those stereotyped depictions of characters with disabilities in Bangladeshi films I’ve noticed over the past ten years.

ONE of the most common stereotypes is the victim, a character who is presented as a helpless object of pity or sympathy. This stereotype is very common in Bangladeshi films. As a Bangladeshi film viewer, we are used to seeing crippled father or blind mother or siblings with disability. For instance, in Gohine Shobdo (2010), directed by Khalid Mahmood Mithu, one of the main characters, Nura is a street beggar who is a character with a disability and portrayed as a victim.

During the 1971 liberation war, one of his legs became paralysed. The anti-liberation forces attacked him, subsequently making him a crippled man. However, he is not portrayed as a burden to his family but as a responsible father, who has familial obligations that he could not abandon. So he decides to beg in the streets along with other cripples to ensure that his daughter, Swapna, completes her education.

Swapna who is a university student manages to complete her studies with her father’s but cannot marry the person she loved because her lover can never accept the fact that his would-be father-in-law is a street beggar. So he escapes from her life fleeing to another country and the film ends with Swapna questioning what her true identity is. She asks herself, whether she is an educated human being or a daughter of a beggar?

THE flip side of the victim stereotype is the hero or the inspiration. Forrest Gump is a perfect example of this type of disabled hero. Moreover, Then there’s also the ‘disability superpower’, where fate has removed one ability, but in turn, enhanced another.

This also reminds me of a recent Bangladeshi film called Alpha (2019) directed by National Film Award-winning director Nasiruddin Yousuff Bacchu, in which a minor blind character called Gondho Jedha, who is a vendor, can smell people around him and calls by their name and has prophetic powers.

This is called ‘supercreep’, which is no better. At first glance, it may seem like a better stereotype than victim. But a positive stereotype is still a stereotype. It overlooks the lived reality of most people with disabilities who struggle constantly with smaller challenges in their lives. It also implies that a person with a disability only deserves respect and attention if he or she can overcome the disability as well as perform extraordinary acts.

THE third stereotype of people with disabilities is the villain. It has become less popular in recent years and there very few examples of this kind in Bangladeshi films in the last decade. But in the past, books and films had drawn strong links between disabilities and evil or depravity, such as the image of pirates as having missing hands, eyes, and legs. Who can ever forget bloodthirsty Captain Hook, the pirate with a hook for a hand, in Peter Pan (2003)?

However, it’s not uncommon for the villain to have a mental illness, or childhood trauma, disorder, or mania. As we’ve seen in the film Dhaka Attack (2017) directed by Dipankar Sengupta Dipon. In this film, we find a psychotic antagonist, Jisan.

Although, one might argue that such stereotypes contain a kernel of truth. And sure enough, there can be people with disabilities who are saints and villains in real life. But those people are good or bad due to a culmination of internal (knowledge, attitude, values, et cetera) and external (family, friends, surroundings, et cetera) factors. Their disability could be one of the many factors they possess, but it is definitely not THE deciding factor of their behavior.

THUS, to counteract these largely cliché representations, it is important to give the audience a dose of reality, by which I mean presenting characters with disabilities in a more realistic light. They can be portrayed as working and living in various situations, with wide-ranging responsibilities, and not necessarily overcoming their disabilities to achieve their status. They can be simply a mother, a father, a teacher, a minister, a lover or a friend.

A few films have done exactly just that. In How to Train Your Dragon, there are three amputee characters: Gobber, Toothless and later Hiccup. And in the X-Men series, Professor X is permanently a wheelchair user. What is striking is that none of them are ever labelled as disabled in an obvious way but just part of the crew like all the others. And Hiccup and Professor X have been depicted as heroes who just happen to have a disability. The focus of the story is on their characters, not on their disability.

So, yes, representation matters. Images and stories in films and television can deeply influence public opinion and establish societal norms against/for people with disabilities. In the past they were seldom covered in the entertainment media as a significant character, but now when they are, they should be represented as a complete human being, as an individual deserving every right and opportunity like a normal person.

Sure, disabilities can make some things difficult or pose obstacles, but it is not the only thing that affects someone. Each character is more than their disability and can continue on with their life without it holding them back.

Nayan Sayed is a student of Jahangirnagar University.