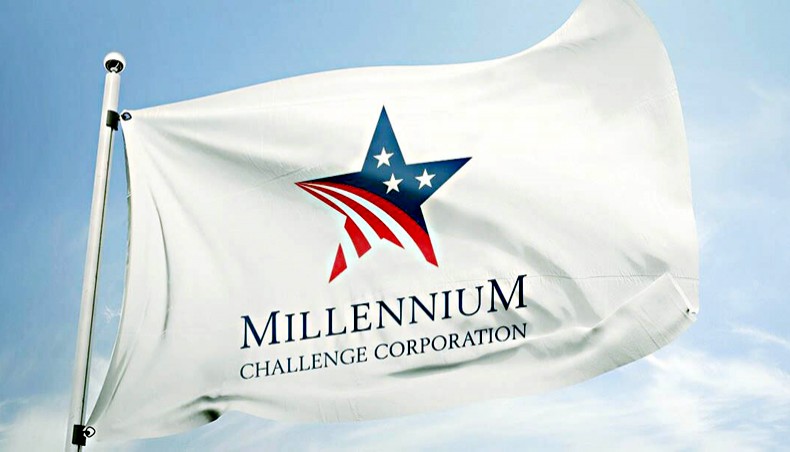 THE past 10 months during which time presidential elections were held in November and general elections in August witnessed enemy images being manufactured by competing political parties and their candidates for election. The Millennium Challenge Corporation grant was depicted as dividing the country into two by means of an electrified fence, the Muslim community as taking over the country through a population surge, and the Tamil community as partnering Western countries in eroding national sovereignty. But now with the elections at an end, with a government firmly entrenched in power with a two-thirds majority, the time is ripe for an end to such political posturing. Regrettably, the posturing of the past continued to feature at the very beginning of the new parliament’s sessions.

Former chief minister of the Northern Provincial Council, and new parliamentarian, CV Wigneswaran set the ball rolling with his comment that the Tamil language is the oldest in the world and exceeds 5000 years. He also made valid points about the need for the government to address the unresolved issues of the people of the north and east. But these latter remarks were overshadowed by his rhetorical introduction which was construed as yet another attempt on the part of the ethnic and religious minorities to upstage the Sinhalese majority community. This has provoked a race to the bottom by parliamentarians representing the two main political parties, the SLPP and SJB, who have responded to his remarks with sufficient hatred and scorn to rekindle the divisive sentiments of the election campaigns.

In plural, multi-ethnic and multi-religious societies like Sri Lanka, political problems need to be resolved through constructive dialogue and mutual accommodation. They cannot be resolved by either the majority principle, by mere verbal recriminations or by force though this is the predilection of those who are more powerful due to their control over the levers of state power or enjoy a permanent majority by virtue of belonging to the larger community. The minority community at the losing end will not accept the justice of decisions imposed on them by the fact that they are smaller in numbers. They will see themselves as equal to the bigger community in the same manner that small nations and big nations are equal in the United Nations. This is not a phenomenon that is peculiar to Sri Lanka, but is found worldwide.

NOW with national elections not on the horizon for at least four more years, there is an opportunity for a moratorium on destructive oppositional politics. In the past the opposition parties have invariably opposed the problem-solving initiatives of the government in power. The constitutional reform efforts in 2000–01 led by former president Chandrika Kumaratunga and present education minister professor GL Peiris was scuttled in parliament by the opposition. The All Party Representatives Committee process for constitutional reform led by professor Tissa Vitarana during the period 2006–15 was weakened by the non-participation of the TNA. Today with its two-thirds majority in parliament, the government has the opportunity to bring the opposition on board in a spirit of inclusiveness.

The government also has the advantage of being headed by a president and prime minister in whom the majority of people have an implicit trust. This can be seen in the way they have been able to nip potential problems in the bud. One was when the former LTTE eastern commander Colonel Karuna publicly boasted during the election campaign that he had killed more than 2000 Sri Lankan soldiers in a few days fighting. There were outraged calls for his prosecution from Buddhist monks and citizens, mindful of massacres of Buddhist monks and civilians during the war period. But prime minister Mahinda Rajapaksa was able to pacify them by explaining Colonel Karuna’s role in the ultimate defeat of the LTTE. This and numerous other examples, including the bulldozing of 15th century King Bhuvanakabahu’s audience hall to widen a road by a ruling party mayor, have shown the ability of the government leadership to pacify the general population on issues of ethnic nationalism. In these circumstances, the government has a golden opportunity to be inclusive in its decision making and problem solving in a way that the previous government could not.

The previous government headed by prime minister Ranil Wickremesinghe made an intellectually super effort to deal with the two major problems that continue to dog the country. One is the inability to find a mutually acceptable solution to the issue of power sharing between the majority and minority communities that has been with the country for the past six decades. The other is the establishment of a set of reconciliation mechanisms to address the wrongs of the past done to individuals. These wrongs also go back a long way, and mainly concern the events of 1988–89 when the JVP insurrection took place with tens of thousands of casualties and the three decades of war with the LTTE that ended with an even larger number of casualties in 2009.

THE first step in getting to the point of joint problem solving is to take steps to restore trust, one step at a time. On International Day of the Disappeared on August 30, the Office of Missing Persons invited concerned persons from around the country to attend a meeting regarding the future. In the previous two years, since its inception in 2017, the meetings organised were on a large scale with several hundreds attending. Most of those who attended were from families that were affected, and who could not give up hope. They came with the hope that there would be answers given to the whereabouts or fate of those who had gone missing. This time around, however, the spirits of those who attended were subdued.

The Office of Missing Persons had been established as part of the commitment of the government to the international community at the UN Human Rights Council in 2015. But at its last session in March this year, the government announced its withdrawal from the resolution to which its predecessor government had agreed. At the discussions at the OMP office, the inadequate support given to the newly established institution from its inception by the government that set it up, the public officials and even by the affected groups themselves was noted. The general belief was that the UN-backed reconciliation process was about punishing the government and its armed forces and was not adequately addressed. But the main purpose of the Office of Missing Persons ought to have been, was, and is, to address the problems of the victims and their families.

During the course of his announcement in Geneva in February this year of Sri Lanka’s withdrawal from UNHRC Resolution 30/1 of 2015, foreign minister Dinesh Gunawardena stated that the government would continue with the national reconciliation process and while ‘within the framework of Sri Lanka’s domestic priorities and policies, are not only realistic but also deliverable.’ The Office of Missing Persons is placed under the mandate of the ministry of justice headed by minister Ali Sabry. Speaking in parliament he said that president Gotabaya Rajapaksa ‘wants to create a country where all citizens will feel safe, secure and dignified. I invite everyone to join hands, forget the past and move on to build a Sri Lanka which is inclusive. That is called inclusive nationalism.’ In this spirit the government can work with the Office of Missing Persons, its commissioners and obtain the support of civil society to address the present problems of the victim families. This can be one of many first steps on the road to joint problem solving of other hitherto intractable problems.