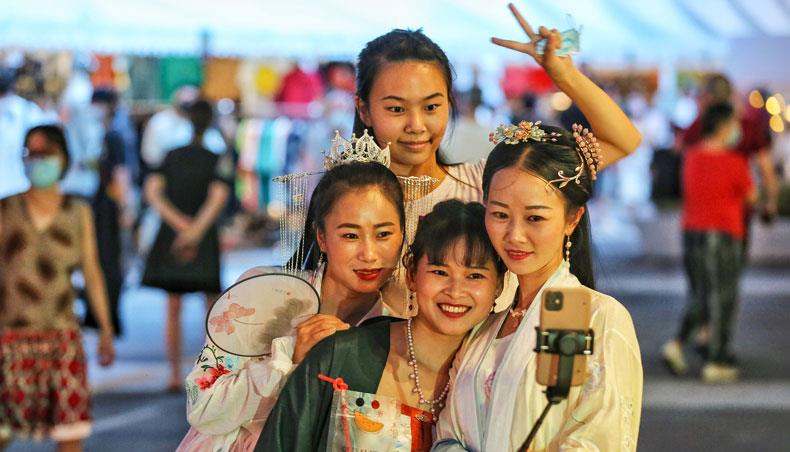 A Chinese university’s guidelines warning women students not to wear ‘revealing’ clothes on campus ‘to prevent arousing temptation’ have whipped up online fury in the socially conservative country.

The recommendations were included in a 50-point safety guide issued at Guangxi University in southern China, which also urged women to avoid going out alone.

‘Do not wear clothing and skirts that are overly revealing, low-cut, exposing your waist, or showing your back, so as to prevent arousing temptation,’ the advisory note for incoming women students read.

‘At certain times, it is not suitable to wear high heels which restrict movement,’ it added.

As news of the guidelines — issued last month — spread online this week, the university was slammed by social media users for suggesting that women were responsible for sexual assault.

On the Twitter-like Weibo platform, one user wrote: ‘Why is a woman’s ‘freedom of dressing’ deemed as ‘temptation’? It’s mainly because the hearts of some men are unclean.’

‘I hope text in the future will say: ‘Some men should please correct their thoughts’,’ the user added.

‘Women have not yet been raped, but Guangxi University has prepared to slut-shame them,’ another user wrote.

The topic had over 210 million views and thousands of comments on Weibo as of Wednesday.

A member of the university staff tried to defend the guidelines on Tuesday as anger grew, pointing to a need for ‘civilised etiquette’ on campus, according to Chinese news website The Paper.

‘Wear whatever you want if you are not entering the school,’ the unnamed staff member was quoted as saying.

Other suggestions in the guide included women walking quickly through underpasses and not following strangers anywhere.

China had taken some steps towards key demands from its nascent #MeToo movement, with its first-ever civil code — passed in May — expanding the definition of sexual harassment.

But it remained difficult to get justice for many sexual assault crimes due to conservative attitudes and many women reluctant to come forward.