A peace treaty in Sudan at last 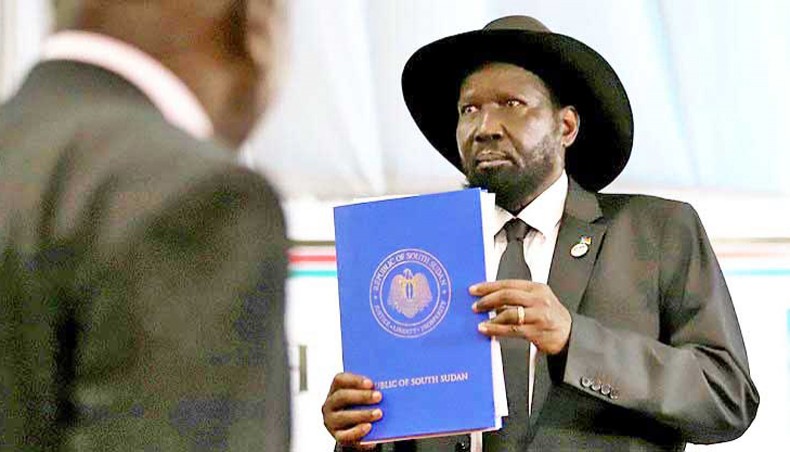 ON AUGUST 30, after nine months of negotiations and with South Sudan playing an important role as a mediator, the Sudanese government has finally negotiated a peace treaty with the main militant group, the Sudan Revolutionary Front from the Darfur, South Kordofan and Blue Nile districts. Ten groups put their initials to the document, and are ready to sign the final treaty. Two groups did not take part in the negotiations, but Khartoum is nevertheless confident that it will be able to persuade them to put down their arms.

The first preliminary agreement on a peace treaty with a new transitional government of Sudan was finalised back in September 2019, and the treaty which has just been signed is the logical next step in the country’s — and its people’s — progress towards peace.

A year after coming to power, Abdallah Hamdok’s transitional government made reaching this agreement with the militant groups a priority step for achieving peace in the country, and moving on from years of lawlessness and armed conflict under Omar al-Bashir. The parties were persuaded into signing the treaty by a combination of several internal factors (the very serious economic, humanitarian and even epidemiological situations), as well as strong pressure from the surrounding countries, which have a very real interest in peace, not least because they want to see the transit of oil from South Sudan renewed.

As Mohamed Zakaria, SRF spokesman, declared, this treaty should put an end to the seventeen-year civil war, and represents a clear victory. He emphasised, ‘This is a real victory, especially for all the victims of this conflict. The violence does not just date back to 1989, when Omar al-Bashir came to power. The discrimination, lack of any separation of powers, giving away resources — all this began back in 1956, straight after independence. And the fact that after all that time we have at last been able to find a solution to those problems — that is a true victory. The people are happy — not just the politicians or the militant groups, but the whole of civil society, all those who are living in refugee camps in Darfur, and whose lives have been marked by tragedy.’

The document prepared by the parties covers such issues as the separation of powers, security, land ownership rights, the investigation of crimes committed during the civil war and the return of refugees to their homes. The Sudan Revolutionary Front has agreed to disband its groups of insurgents, and the government has agreed to accept the insurgents into the Sudanese army and to allow the groups to be represented in the national government in Khartoum.

The treaty also emphasises the importance of conducting trials for genocide and other crimes committed under Omar al-Bashir’s authoritarian regime during the civil war in Darfur in the 2000s, and in Khartoum’s cooperation with the International Criminal Court in the Hague. However, the new Sudanese government has said that it would like to see him tried in Sudan.

Omar al-Bashir had exercised an iron grip over Sudan since he came to power in 1989, following a coup in which Sadiq al-Mahdi’s government was ousted. Al-Bashir headed the so-called Revolutionary Command Council for National Salvation, which assumed full legislative and executive powers, became prime minister and defence minister, and was given the rank of lieutenant general and named commander-in-chief of the armed forces. After his seizure of power a state of emergency was declared in the country, the constitution was abolished, and parliament, the government and government bodies were all disbanded, with military tribunals established in their place.

In April 2019 Omar al-Bashir was overthrown following a coup and was placed under house arrest before being incarcerated in a jail for prison for high-risk offenders. Readers will remember that in 2009 the International Criminal Court in the Hague issued a warrant for his arrest on suspicion of committing war crimes and masterminding a genocide in the Sudanese province of Darfur, where, according to the UN, some 300,000 people had been killed since the conflict began in 2003 and 2.5 million people had been forced from their homes and been made refugees. The former president of Sudan is accused of initiating and being responsible for a policy of exterminating three ethnic minorities: the Fur, Masalit and Zaghawa.

In December 2019, after his fall from power, he was sentenced by a Sudanese court to two years’ imprisonment on charges of corruption, although the prosecution had initially requested a sentence of up to ten years. However, in view of his advanced age, al-Bashir was ordered to serve his sentence in a special state institution for elderly prisoners rather than in a prison. A number of other unconnected criminal charges have been brought against the former president.

It is to be hoped that the peace treaty reached in Sudan will put an end to the miseries endured by the country’s long-suffering people, and that, with support from foreign partners, they will be able to enjoy peace and prosperity.