CR Dutta’s body to be cremated today with state honour 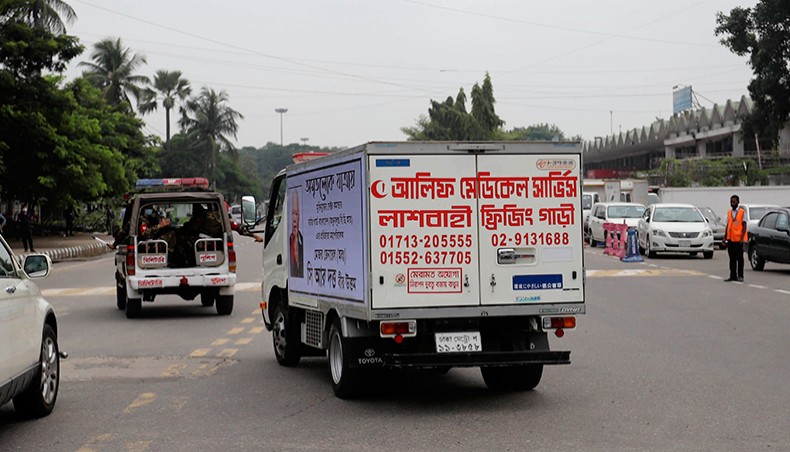 War hero and retired major general Chitta Ranjan Dutta will be cremated with state honour at Baradwashwari crematorium at Sabujbagh in Dhaka today.

The Bangladesh Army will give him a gun salute at the crematorium on Tuesday afternoon in honour of the decorated freedom fighter CR Dutta, whom the state honoured with the Bir Uttam title as recognition of his gallantry being a sector commander during the independence war in 1971, said a press release issued by General Dutta Jatiya Nagarik Committee.

It said that at 9:00am his body would be taken to Dhakeswari National Temple for public viewing where police would honour him with a gun salute.

His body would be taken to his Banani DOHS house at 7:30am, the release added.

For coronavirus outbreak CR Dutta’s body will not be taken to the Central Shaheed Minar or to his ancestral home in Habiganj.

CR Dutta died on August 25 in a Florida hospital at the age of 93. His body arrived in Dhaka on Monday and was kept at the mortuary of Dhaka Combined Military Hospital.

His son and three daughters also arrived in Dhaka on Monday.

CR Dutta was born in India’s Assam on January 1, 1927 and later his family migrated to Chunarughat in Habiganj.

Dutta was made the commander of Sector-4 that fought against the Pakistani army and their local collaborators in the greater Sylhet region.

In 1977, CR Dutta was transferred to Bangladesh Rifles, now Border Guard of Bangladesh.