Newell's fans await hero Messi, but maybe not just yet 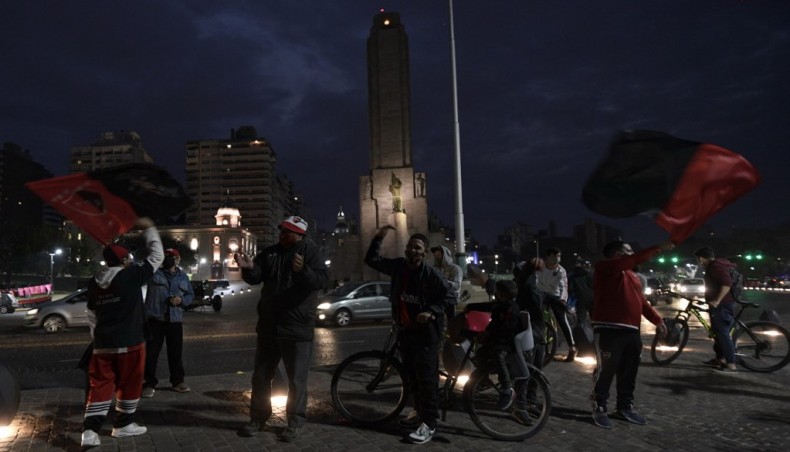 Argentina's Newells Old Boys supporters gather at the Monumento de la Bandera during a convoy requesting Argentine footballer Lionel Messi to come play in the team where he started, in Rosario, some 350 km north of Buenos Aires on Thursday. — AFP photo

Lionel Messi has never hidden his desire to play for hometown club Newell’s Old Boys and though his decision to leave Barcelona prompted dancing in the streets of Rosario on Thursday, most fans know he’s probably not coming home just yet.

Officials and supporters of the club believe Messi will one day pull on their distinctive half red, half blue shirt but they are aware that at the age of 33, Messi probably has a few more years in Europe before heading home for a romantic swan song.

‘As a Newell’s fan I want him to come here but we know it’s impossible,’ Daniel Valvi, a 65-year old retiree, told reporters in Rosario, a city of 1.5 million people 300km northwest of Buenos Aires.

‘If he does come he’ll come in four years or so when he’s almost done so he can say, I’m playing a few games for Newell’s and then I’m retiring.’

Messi announced he wanted to leave Barcelona on Tuesday after spending his entire career at the Catalan club.

The decision sparked a furore as the internet erupted with debate over where he might go.

News reports in Argentina and Spain said the six-times world player of the year wished to head for Manchester City and rejoin Pep Guardiola, his coach at Barcelona during a gloriously successful spell.

Other reports said Inter Milan, Juventus or Paris St Germain might be willing to break the bank to lure one of the best players of all time.

But while many Newell’s fans are content to wait for their hero’s return, others were not so patient, with hundreds of supporters taking to the streets of the provincial city on Thursday night to show their support.

A parade of cars made its way from Newell’s Marcelo Bielsa stadium to the Rosario city centre with fans tooting horns, hanging from the windows waving flags, and singing songs.

Club officials are equally hopeful of seeing Messi return but they are conscious it is most likely a question not of now but of when.

‘We don’t have to make any call,’ Juan José Concina, Newell’s secretary general told a local radio station in Rosario this week.

‘No one knows more clearly than he does that Newell’s wants him to come here. And that is not dependent on a phone call. We have to be cool about it.

‘It’s not just about Newell’s, his arrival here is good not just for our institution but for Argentine football as a whole. That’s why I agree that it’s a question of state, because it would be a real boost for the game in Argentina.’