Nuclear test-ban treaty is no taboo 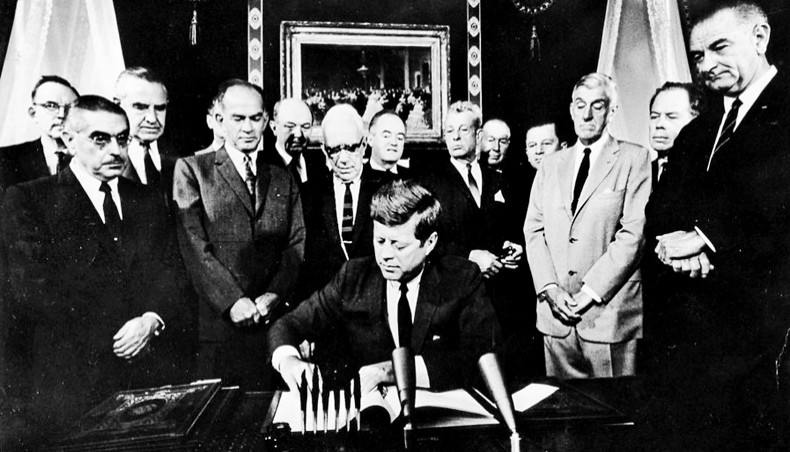 We have shared a dream and it is our fervent goal that we will some day no longer have to rely on nuclear assets to deter aggression and assure global peace, writes Nazarul Islam

SEVENTY-FIVE years after the nuclear bombing of Hiroshima and Nagasaki, our planet looks set to enter a new and more dangerous nuclear age. The non-proliferation regime that exists today is a product of the cold war and those circumstances have existed only in skeletal forms today. Should India, a secondary victim of the earlier non-proliferation regime, ensure that this time it has a seat at the high table when the rules of any new nuclear order are being shaped?

There are a number of reasons the present non-proliferation order is struggling. The most important is that the original order was constructed around Washington and Moscow. These two capitals still control some 90 per cent of the world’s nuclear armaments. But Russia’s nuclear future is limited by its small economic base.

China’s arsenal, unfettered by any nuclear arms control agreement, grew 21 per cent between 2012 and 2019 and its nuclear weapons budget is now the second largest in the world. More worryingly, some estimates allege that Pakistan has the world’s fastest-growing nuclear warhead count. India’s is also growing, regardless of their claim that New Delhi’s investments have been more directed at survivability and deployment rather than sheer number.

And if we throw in North Korea’s continuing nuclear progress, Israel’s covert atomic arsenal, Iran’s nuclear ambitions, Japan’s potential and it becomes evident the future of nuclear weapons lies in Asia. Unfortunately, the countries of the Asian continent have no arms control treaties — only poorly articulated doctrines minus the much needed nuclear hotlines or monitoring agreements — and two of the nuclear arsenals are managed by the states that do not augur amity with a mighty India.

US president Donald Trump’s administration, in its own disjointed way, has recognised that the United States is held back in the Indo-Pacific by commitments it made to the Soviet Union. It sensibly scrapped the Intermediate Nuclear Forces Treaty. It has a case for arguing that a new Strategic Arms Reduction Treaty agreement should cover not only the United States and Russia but also China, but has lacked the depth and diplomatic coherence, to ever accomplish this feat.

Should a new US administration continue the reevaluation of the present nuclear proliferation regime? India must be prepared to play a constructive role in the new evolutionary process. Resuscitating the fissile materials cutoff treaty, should be on the table for everyone.

The comprehensive test ban treaty should not be seen as taboo if the United States and China ratify the treaty. Nuclear weapons have been associated with the cold war. But their spread and development today are firmly embedded in the evolving Indo-Pacific strategic space.

Do we not cherish the total elimination one day of nuclear weapons from the face of the earth? A nuclear war cannot be won and, therefore, must never be fought.

We have shared a dream and it is our fervent goal that we will some day no longer have to rely on nuclear assets to deter aggression and assure global peace.

Nazarul Islam is a former educator based in Chicago.