EC to prosecute Sabrina for 2 NIDs 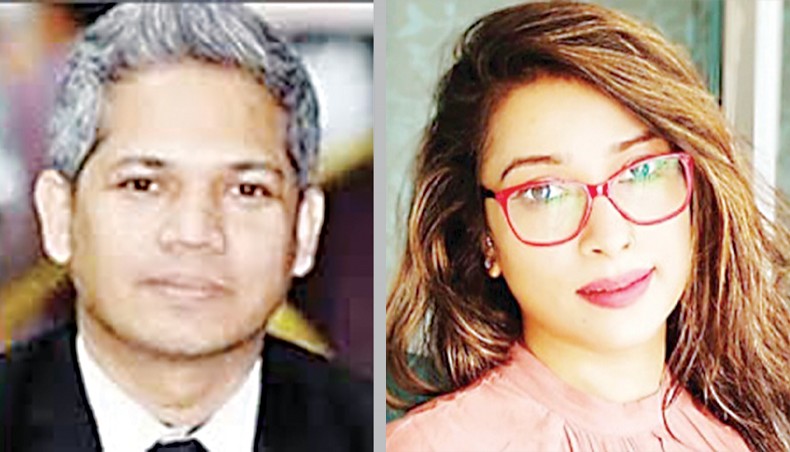 The trial of JKG Healthcare chairperson Sabrina Arif Chowdhury and CEO Ariful Islam Chowdhury, also Sabrina’s husband, began on Thursday with the plaintiff testifying against them in a case of COVID-19 test forgery.

The accused were in the dock during the hearing.

The magistrate set for September 3 next hearing of the case as the lawyers could not complete the cross-examination.

According to the case documents, JKG Healthcare gave COVID-19 test reports to 28,000 people in different parts of the country, including Dhaka, without collecting samples.

Earlier on August 5, the Detective Branch of the police filed the charge sheet against the eight in the case.

On June 23, Kamal Hossain, who was given a fake COVID-19 report from JKG, filed the case against Ariful and several unnamed people with the Tejgaon police station.

Meanwhile, the Election Commission has decided to file a case against Sabrina Chowdhury for obtaining two national identity cards.

EC secretary M Alamgir on Thursday told reporters at his office that the commission had already instructed the NID Wing to prosecute her and the second NID of the controversial physician had already been blocked.

He said that the NID Wing was also asked to take legal action against the EC employees involved, if any, in issuing the second NID illegally.

NID Wing director general M Saidul Islam said that the wing had asked its Mohammadpur thana election officer to prosecute Sabrina for taking the second NID from the area.

Earlier on Wednesday, the EC decided to take legal action against the people involved in issuing the second national identity card for Sabrina after an Anti-Corruption Commission inquiry had found that the doctor had two active NID cards with different information.

According to the ACC and EC findings, Sabrina has obtained two NID cards from two areas and both the NID cards are active.

In the first NID card, her husband is RH Haque and in the second, it is Ariful Chowdhury, they said.