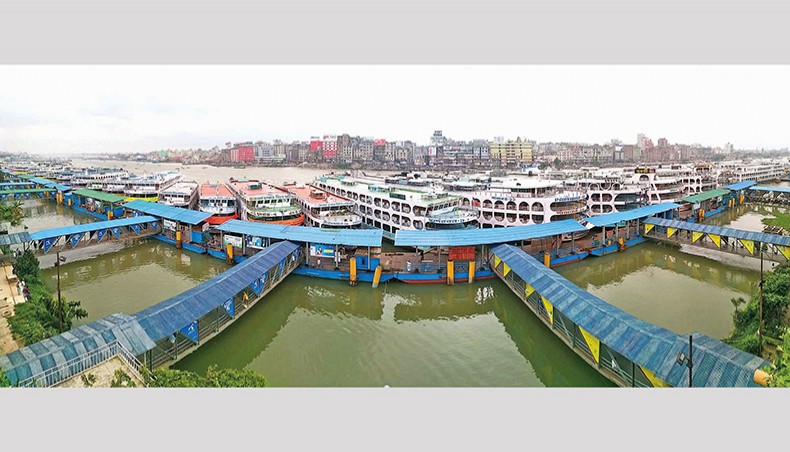 Movements of all smaller passenger and cargo vessels were suspended across the country on Wednesday till further notice due to inclement weather and rough river conditions.

The Bangladesh Inland Water Transport Authority imposed the ban in the morning on movements of all vessels under 65-foot due to inclement weather and the ban would be lifted when the weather becomes normal, said its public relations officer Mobarak Hossain Mazumder.

Movements of small launches, speedboats and other small vessels from Sadarghat launch terminal, Dhaka to the southern districts, from Barishal to other districts, at coastal areas, and on major water channels like Shimulia-Kathalbari, Paturia-Daulatdia and Aricha-Kazirhat remained suspended on Wednesday.

The step was taken after the weather department asked river-port authorities to hoist cautionary weather signal No 2 from Wednesday morning following the creation of a low over North Bay and adjoining areas.

Under its influence, deep convocation is taking place over the coastal region.