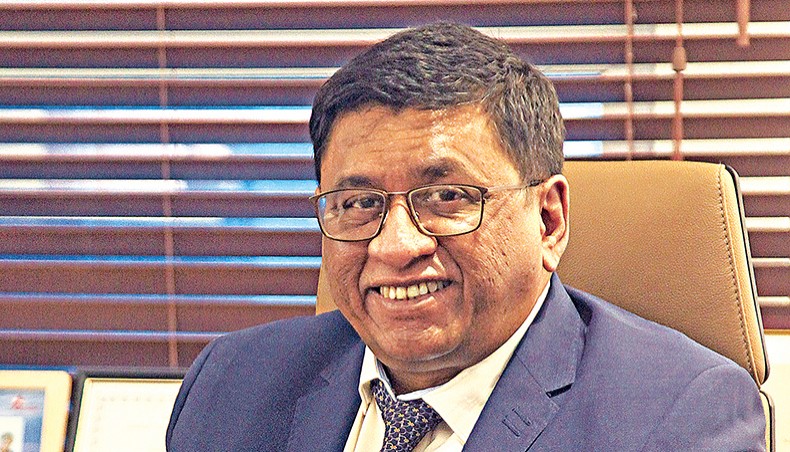 Meghna Bank has taken up a robust business transformation plan to boost customer satisfaction and raise the bank’s credibility to local sponsors as well as possible international partners, revealed the bank’s managing director and chief executive officer Sohail RK Hussain in an interview with New Age on Thursday.

To achieve the bank’s new goals, it would take a multinational strategic partner on its board by the year 2023 by when its business plan is expected to have been executed effectively so that the bank’s sponsors would get fair value for their shares, said Sohail, who took over the bank’s charge as its top executive on April 22 this year.

The acclaimed banker came at the helm of Meghna Bank after playing an instrumental role in turning two major private commercial banks — Eastern Bank and The City Bank — from a branch-centric model to a business-matrix and centralised model.

Sohail has more than 30 years of work experiences in the banking sector, including in the leadership roles in City and EBL.

In the interview, Sohail dwelt on how he wanted to transform Meghna Bank, the coronavirus-induced challenges for the banking sector along with the economy, how the government stimulus packages were helping to overcome the situation.

He also gave his views on what other steps could be taken by the government as well as by the central bank to support the businesses, deal with the long-standing non-performing loan crisis and how an improved corporate governance framework can help mitigate the problems.

Speaking about his position at Meghna and his future plan to scale up the bank’s performance, Sohail said, ‘I have taken the charge of Meghna Bank at a difficult time when the entire nation is going through the challenge of tackling the coronavirus crisis while the banking sector is also facing the challenge of implementing the 9 per cent lending rate cap.’

‘However, I feel good and very much optimistic about the prospect of the bank as the challenges are less difficult for new generation banks like Meghna than for other banks,’ he elaborated.

‘The board of directors of the bank has mandated me to transform the bank,’ he mentioned, adding that the transformation included incorporation of technology, segmentation of customers, an extensive drive for attracting customers using alternative channels, redesigning business strategies, adopting the best practices and launching the best lending and deposit products for the customers.

Mentioning the sponsors’ support as vital for the transformation, the newly-appointed Meghna Bank CEO said that he was very glad that the bank’s board had decided to inject another Tk 200 crore into the bank for an effective and smooth implementation of the transformation plan.

‘As part of the business plan, we have segmented our customers and developed separate value propositions for them and have re-launched the retail banking service,’ he elaborated, adding that the bank would activate its mobile financial services too.

The bank would also integrate its MFS with the agent banking and retail banking services so that the bank clients would get more options than other banks offer, he said.

The general, salaried, microfinance and SME segments of our customers would get a series of unique solutions that are expected to ensure the utmost satisfaction for them, he added.

For instance, the e-commerce businesses would get a platform to become connected with their market, Sohail said, adding that the bank would tie up with the fintech companies, would work as an intermediary and would provide payment gateway services to the e-commerce entities.

Speaking about the corporate-centric value propositions, Sohail said, ‘Being a specialist in structural finance, I would introduce the expertise at Meghna Bank as I have executed billions of dollars of structural finance transactions when I was in The City Bank as its managing director and CEO,’ the seasoned banker said.

About Meghna Bank’s financial indicators, he pointed out that the capital adequacy ratio of the bank was around 18 per cent, the advance deposit ratio around 80 per cent and the non-performing loans ratio was around 7.25 per cent.

About the 9 per cent lending rate implementation challenge, Sohail said that lending at 9 per cent interest to the retail and SME segments would not be sustainable and that’s why they were focusing on adopting an open API, collaboration with fintech companies and third parties with a view to considerably reduce the requirement of heavy investments.

About the current state of the country’s banking sector given the coronavirus situation and the implementation of the 9 per cent cap on lending rate, he commented that the sector was going through a challenging time.

Even before the coronavirus outbreak, the country’s banking sector was going through a series of problems, notably the non-performing loans, the backlog of the NPL-related cases in the court, the unimpressive country rating and the lack of governance.

Mentioning the suggestion to lower the deposit rate as a way to bring down the cost of funds for the implementation of the lending rate cap, he questioned that how could the banks have room for reducing the deposit rate when the inflation rate in the country was between 5 per cent and 6 per cent.

‘For the SME and retail segments, the 9 per cent lending rate cap would not be viable and I believe that the cap would be withdrawn eventually for the sake of the economy,’ he predicted.

The central bank has several monetary tools at its disposal to bring down the rate rather than slapping a cap on the lending rate, he argued.

Pointing out the lack of credibility as a major issue for the banking sector, the senior banker said, ‘Meghna Bank has been pursuing strong governance and we are trying to use it as a marketing tool to gain public trust in us.’

To boost customer credibility, Meghna has planned to have on board a strategic partner by the year 2022 or 2023 when the bank would have enough assets and financial strength to have such a partner at fair value after the implementation of the business plans, he said.

Prior to this, the bank would have the Moody’s international rating in a couple of years, Sohail said.

Asked the reason for the lack of credibility in the sector, he said that confidence started from corporate governance and it differentiated between the role of management and of the board.

Training sessions for the board members can help them better understand the issue, he said.

Foreign multinational entities would also feel encouraged to invest in the AMC, he said.

Terming the stimulus packages and policy supports as commendable initiatives, he mentioned that the initiatives have helped tackling the coronavirus-induced situation along with tackling the fear of NPL crisis.

He also proposed that the freeze on loan classification should be extended till December this year at least so that the businesses got some time to overcome the losses they incurred in the four months.

Otherwise, loan repayment failure would not only be a problem for the borrowers but also for the lenders, he said.