Melville’s Moby-Dick: an envision of the COVID-19 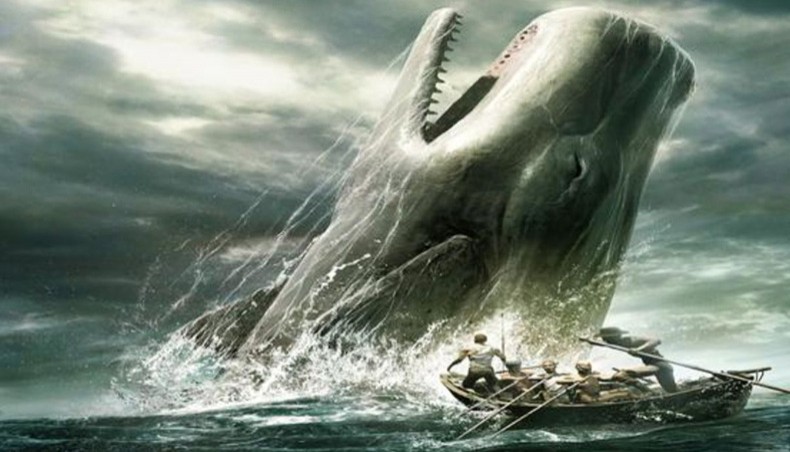 The greed of the man against the nature has been the subject of many timeless literary pieces and in every one of the, the nature always wins. Md Sajib Miah connects the current COVID-19 pandemic with Moby-Dick and argues that for our own protection the nature should be protected

Talk not to me of blasphemy, man; I'd strike the sun if it insulted me. — Captain Ahab.

VORACIOUS desires for predating whale’s precious oils, to be financially profited have been the attitudes of Captain Ahab in Melville’s master-piece Moby-Dick (1851). The aspirations for hunting nature’s inevitable part can be seen from the perspective of today’s global pandemic COVID-19. In both of the cases, retaliations stood against the nature and its instinct parts, but could not defeat her. The annihilative nature of white whale or, Moby-Dick against its persecutors epitomises the conspicuous envisage of today’s corona virus outbreak even before 270 years back, and has been also speculated by romantic poet ST Coleridge in his poem ‘The Rime of the Ancient Mariner’ (1798).

Moby-Dick is one of the resounding novels by American well-known writer Herman Melville. The tale of the novel proceeds according to the sailor Ishmael's narrative of the obsessive and voracious quest of Ahab, captain of the whaling ship Pequod, for the retaliation on Moby-Dick, a giant white sperm whale that on the ship's previous voyage bit off Ahab's leg at the knee. However, its contribution to the literature of the American Renaissance, Moby-Dick was first entrenched with some mixed comments, which later commercially failed, and was nothing but an obsolete during the author’s death in 1891.

Interesting fact is that its fame as a ‘great American novel’ was divulged only in the mid-20th century, after the hundredth anniversary of its author's birth. Another resounding American writer William Faulkner wished if he had written the book himself, and DH Lawrence called it ‘one of the strangest and most wonderful books in the world’ and ‘the greatest book of the sea ever written’. Interestingly, the incentive line of the book, ‘Call me Ishmael’ has been considered as one of the well-known quotes in English literature.

However, Captain Ahab’s unsuccessful attempts for the first time to dismantle the Moby-Dick incinerate his pride which sparks more cravings, and dictates him to be arduous predators to shatter the existence of her (Moby-Dick). But Ahab does not even know how catastrophic the nature is. He attacks her with much up-to-date naval equipment, and finally, loses his life along with many lives for nothing.

The same message has been given by one of the most famous romantic poets ST Coleridge in ‘The Rime of the Ancient Mariner’ where the old mariner has been doomed in the ‘life in death’ condition, only because of murdering the Albatross.

In connection with the COVID-outbreak, it is conspicuous to us that every single part of the nature is vital, if we, the human beings think ourselves as the superior and destroys the nature, and then she is ready to take retaliations against us. Due to industrialisation, thousands of wild species have been dying out from the mother nature. Corona outbreak divulges how lives in the nature spark with solitary, secluded, Edenic blessing, and also mesmerising beauties to mobilise the polluted, filthy and diabolic industrialised world.

Captain Ahab represents many of such voracious sailors who attempted several times to destroy the white whale or Moby-Dick but, could not success only because of the dearth of knowledge about the unprecedented world and its destructive forces like the nature.

Recent corona virus outbreak has presumably emerged from China and later, disseminated all over the world. The first, the outbreak has not been taken seriously as like as Ahab or the sailor in ‘The Rime of the Ancient Mariner’, for what, price has to be paid in terms of losing valuable lives and money. Allegorically, Moby-Dick can stand for god, while Ahab represents Satan who revolts against god and, finally was thrown into the Inferno. As the nature is a part of god, resisting against nature or god must get returns which are nothing but deaths or expensive destructions, which are being observed currently around the world.

Now, the big question comes how to resolve the impacts of the pandemic in the coming years? Is it by taking revenge against the nature or protecting her? Undoubtedly, our first priority should be protecting the nature to shield ourselves from the upcoming catastrophic global crisis because romantic poet Wordsworth asserts that ‘Nature never did betray the heart that loved her’, or ‘Come forth into the light of things, let nature be your teacher’. To him, the nature is the teacher, preacher and healer. Therefore, to be safe, we must show our piety towards the nature what has not been done by Ahab and the old sailor, for what they have seen how expensive to confront nature can be.

To recapitulated the statement about Melville’s Moby-Dick and the ongoing crisis, it can be stated that Melville’s envisage towards the destruction of the nature undoubtedly, matches today’s corona virus outbreak resulted from unruly exploitations on her, which might bring more outrageous and catastrophic consequences in the years to come.

It is just a glimpse of his soothsaying, still we have times to be meticulous, and mobilise the world from seeing such unprecedented dismantling circumstances.