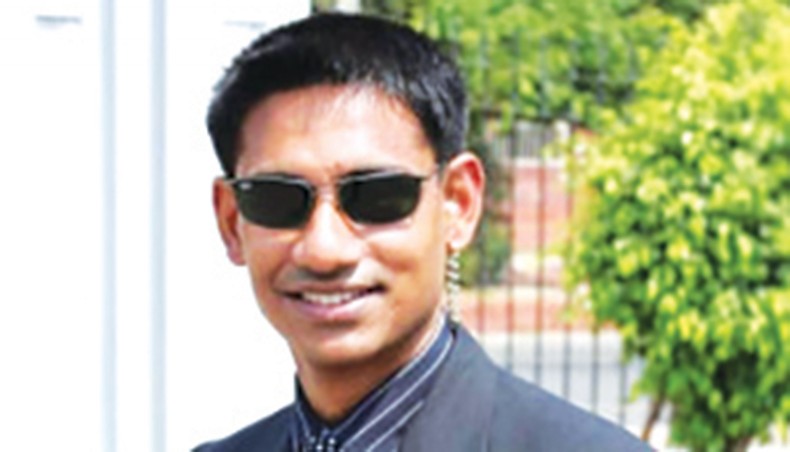 The investigators, aided by the battalion’s senior commanders from Dhaka, arranged the parade in order to be able to ascertain how Sinha was killed.

In bulletproof vests, handcuffed Pradeep Kumar Das, Baharchhra investigation centre in-charge Liyakat  Ali, who shot dead Sinha on the grounds of ‘self defence’, and sub-inspector Nanda Dulal Rakshit on the crime scene described what happened on the night of the firing incident.

Pradeep, only who was without a mask, was seen anxious as he was led by escorts to the spot.

All the three are now in a seven-day RAB custody that will expire on Sunday.

Visiting the crime scene, RAB additional director general (operations) Colonel Tofail Mostafa Sarovar told the reporters that the investigators were trying to find out what led to the opening of fire within two minutes.

‘We want to analyse each second of the incident,’ he added.

In reply to a question he said, ‘We cannot go to a conclusion.’

The RAB second-in-command also said that they were examining all aspects of the incident so that no innocent person should be prosecuted nor any perpetrator should be spared.

RAB-15 senior assistant superintendent Khairul Islam said that they took the suspects to the spot to learn the details from their own mouths.

‘We took witnesses there earlier to verify their statements and now it was for the suspects,’ he added.

The pistol used by Liyakat to shoot was yet to be sent to the forensic laboratory for ballistic test. Police in Cox’s Bazar said that the firearms of both Liyakat and Pradeep were seized at the district police lines.

Senior judicial magistrate Tamanna Farah on Thursday asked the Cox’s Bazar police superintendent to provide the requisite information about Liyakat’s gun and the related documents to the RAB for the ballistic test, which would be seized as evidence in the murder case filed by Sinha’s sister.

Asked, Khairul said that they would be sending the weapon to the CID in a couple of days.

The RAB, for the purpose of investigation, on Thursday night received from the Ramu police station the 29 items seized by them during a raid on Neelima Resort in Cox’s Bazar on July 31 hours after the shooting death of the retried major.

The home ministry, meanwhile, gave the high-powered government committee another extension of their time up to August 31 so that they could interrogate Pradeep, said the four-member committee chair, additional divisional commissioner Mizanur Rahman.

Sinha, 36, who took early retirement from the Bangladesh Army in November 2018, was shot dead at a police check point on Cox’s Bazar–Teknaf Marine Drive at Shamlapur under Teknaf upazila in Cox’s Bazar on July 31.

So far, 10 policemen and three local villagers have been taken into custody over the killing. Seven of them are now in jail after a seven-day stay in RAB custody each while six others, including Pradeep, are now in RAB custody on remand.