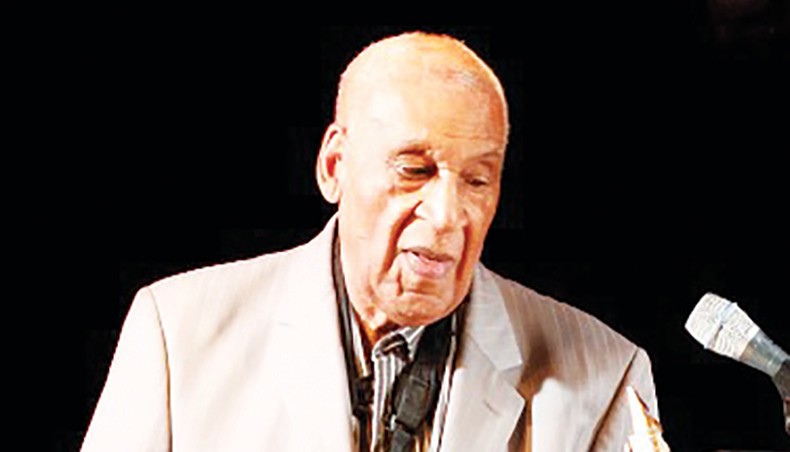 The American jazz saxophonist and band leader Hal Singer, who played with the likes of Ray Charles and Billie Holiday, has died at the age of 100, the French town where he lived announced Thursday.

‘We regret to inform you of the death of Hal Singer on August 18, 2020 at the age of 100,’ said a press release issued by the town hall of Chatou, west of Paris, where the jazz veteran had lived for 20 years.

‘Weakened in recent years, Hal Singer has passed away peacefully surrounded by his wife and family,’ the Chatou statement added.

No cause of death was announced.

During his 70-year career, Singer recorded nearly a hundred records, first in the United States and then in France where, according to his website, he settled in 1965.

Born in Tulsa, Oklahoma, as an infant he was caught up in the notorious Tulsa race massacre in 1921.

His music career kicked off in the black orchestras of the American Southwest before he hit New York’s famous 52nd Street in 1942 where he played alongside Don Byas, Roy Eldridge, Red Allen and the great Billie Holiday.

His international tours took him through Europe to Latin America, Africa and Asia.

In 1989, he played himself in ‘Taxi Blues’ by Russian director Pavel Lounguine, which won the Best Director’s Award at the Cannes Film Festival the following year.

‘He was an extraordinary witness to his time,’ the mayor of Chatou, Eric Dumoulin told AFP.

‘He was born in an America very marked by racial segregation, he suffered from it but at the same time, he was able to transcend this state of affairs.

‘He was an extraordinarily positive man, beyond his exceptional musical qualities. I will always remember this joie de vivre, this optimism.’

Married to a Frenchwoman, Singer  was awarded the prestigious title of ‘Commandeur des Arts et des Lettres’ by the French government in 1999.

The burial will take place on Saturday morning, in a private ceremony.