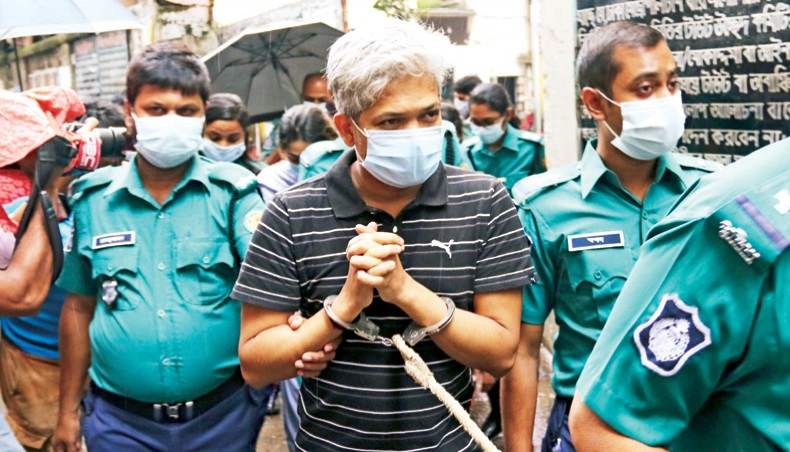 Dhaka metropolitan magistrate Shorafuzzaman Ansari also posted for August 27 the commencement of their formal trial with examination of the prosecution witnesses.

The accused were in the dock during the framing of charges.

Earlier on August 5, the Detective Branch of the police filed the charge sheet against the eight in the case.

According to the charges, JKG falsified at least 1,985 COVID-19 certificates and issued the certificates through a fake email account of the Institute of Epidemiology Disease Control and Research.

The charges said that JKG was assigned by the Directorate General of Health Services to collect swabs for coronavirus test, but they forged samples, results and even provided results with fake email accounts without having any test, in many cases.

On June 23, Kamal Hossain, who was given a fake COVID19 report from JKG, filed the case against Ariful and several unnamed people with the Tejgaon police station.

During investigation, detectives have found involvement of some health ministry and DGHS employees in the scam.