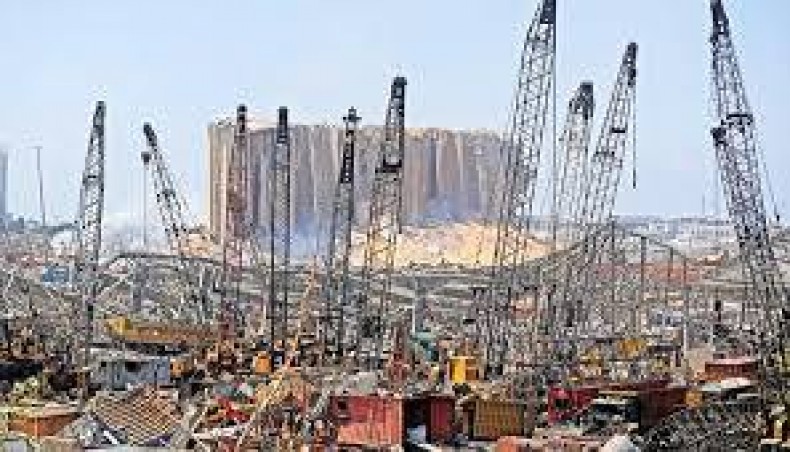 A picture shows destruction at Beirut port in the aftermath of a massive explosion in the Lebanese capital. — AFP photo

The head of Lebanon’s customs authority Badri Daher was arrested on Monday after being questioned over the massive explosion in Beirut earlier this month, the state-run National News Agency reported.

The investigation is focused on why nearly 3,000 tons of explosive ammonium nitrate was being stored at the city’s port, reports AP.

The ignition of the stockpile caused an explosion that tore through the capital, killing at least 180 people and wounding 6,000.

Thirty people are still missing after the August4 blast, which caused an estimated $10 billion to $15 billion in damage.

Documents that surfaced after the blast, the single most destructive in Lebanon’s history, showed that officials have known for years that 2,750 tons of ammonium nitrate were stored in a warehouse at the port and knew about the dangers.

Judge Fadi Sawwan questioned customs chief Badri Daher, who was detained days after the blast, for 4 1/2 hours in the presence of his two lawyers before issuing the arrest warrant, the agency said.

Daher will remain in custody as the investigation continues.

NNA said that after questioning Daher, Sawwan headed to the scene of the blast to survey the damage and will later return to question Hassan Koraytem, who was the top port official until the day of the blast.

Meanwhile, a nine-member team of FBI investigators landed in Beirut on Sunday, according to a Lebanese aviation official, and were believed to have joined the investigation.

French investigators have been active for days at the port.

Popular anger has swelled over the ruling elite’s corruption and mismanagement.

Lebanon’s government, which is supported by the militant Hezbollah group and its allies, resigned on August 10 and continues to serve in a caretaker capacity.

There are no formal consultations underway on who will replace Hassan Diab as prime minister and no likely candidate has emerged.