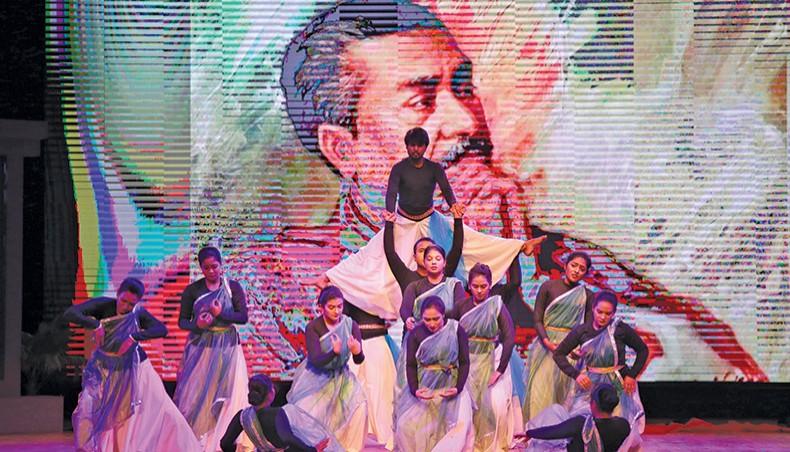 Abdur Razzak said, ‘The assassination of Bangabandhu and his family members on August 15, 1975, remains one of the darkest chapters in the history of the Indian subcontinent. The assassination was part of an international conspiracy that aimed at destroying our social ideology, arts, culture, history and others. Bangabandhu wanted to establish a secular society in Bangladesh and always thought about the welfare of the people.’

‘Bangabandhu established Bangladesh Shilapakala Academy to promote and enrich our arts and cultural arenas. We need to research more on his life and works and strive to fulfil his dreams. Cultural affairs ministry has been working tirelessly to promote his ideology among the people from all walks of life,’ said KM Khalid.

‘Bangladesh Shilpakala Academy has been working hard to preserve Bangabandhu’s legacy for future generations. We have taken an initiative to publish 2,000 books on Bangabandhu,’ said Liaquat Ali Lucky.

The programme ended with a dua mahfil seeking eternal peace of the departed souls of Sheikh Mujibur Rahman and members of his family.