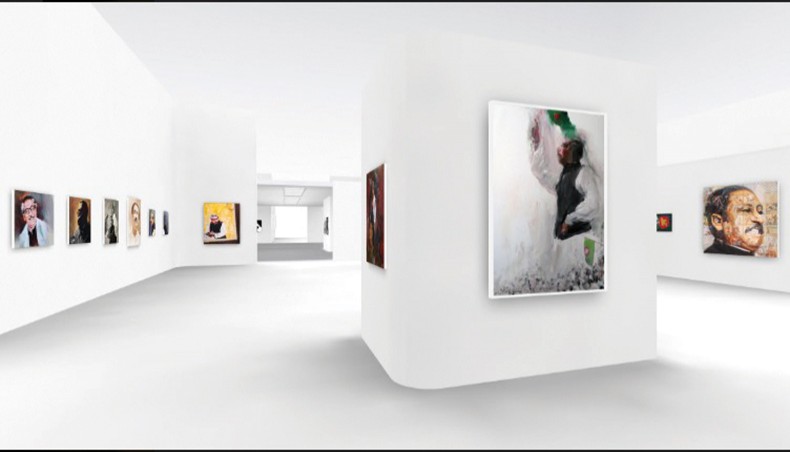 A view of the online exhibition ‘Brave Heart’

Gallery Cosmos has organised an online group art exhibition to pay tribute to the country’s founding president Sheikh Mujibur Rahman on his 45th death anniversary, which was observed on Saturday.

The 17-day event, titled ‘Brave Heart’, features a total of 50 artworks by 42 artists along with photographs, multimedia works and others. The exhibition can be viewed at gallerycosmos.org.bd.

Liberation War Museum trustee Mofidul Hoque and professor of economics at the Joseph Korbel School of International Studies, University of Denver, USA, Haider A Khan were present as guests at the online inaugural ceremony held on August 14 while the event was presided over by the chairman of Cosmos Foundation, Enayetullah Khan.

Besides, photographs showing Sheikh Mujib spending time with his parents, family members and others have been displayed at the event.

A photograph by Rashid Talukder shows Sheikh Mujibur Rahman releasing pigeons at a programme organised by Bangladesh Chhatra League at Suhrawardy Udyan in 1973.

A collected portrait of Colonel Jamil Ahmed, who was the military secretary to Sheikh Mujibur Rahman and was killed trying to save Mujib on the morning of August 15, 1975, has been displayed at the event. He was promoted posthumously to the rank of Brigadier General and was awarded the Bir Uttam in recognition of his valour in 2010.

United News of Bangladesh and Dhaka Courier are the media and knowledge partners of the event.

The exhibition will remain open till August 31.