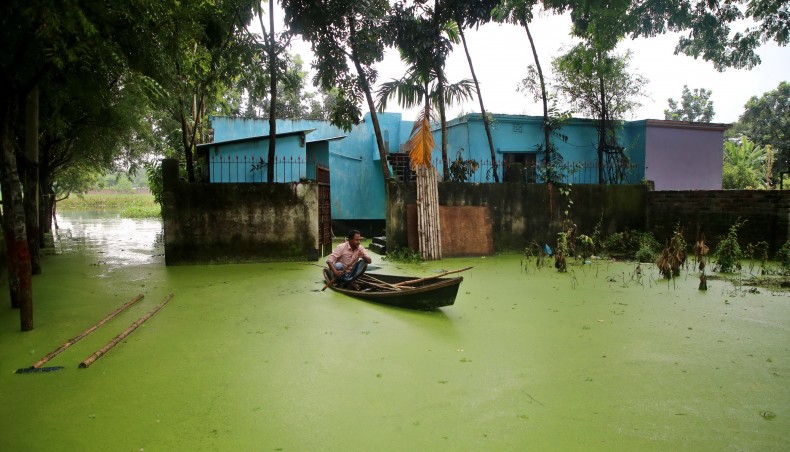 Withdrawal of water from trans-boundary rivers during dry seasons over the years in the upstream by India left major Bangladeshi rivers almost dead and incapable of dealing with monsoon floods, water management experts and geologists said at a webinar on Sunday.

They said that rivers in Bangladesh had become mere streams or narrow channels and those could not drain such a huge amount of water when India was usually opened all its floodgates at barrages to get rid of excessive water during monsoon.

‘Rivers without a sustained flow of water do not have a fixed course and tend to move sideways under sudden increase in water pressure,’ said S Nazrul Islam, founder of Bangladesh Environment Network.

The more rivers will move sideways the worse will be the erosion, he said.

Bangladesh Paribesh Andolan organised the webinar to discuss the book that Nazrul recently published on rivers and sustainable development.

The book is published by Oxford University Press.

Nazrul presented the keynote paper showing that the Gajaldoba was the 16th barrage built upstream the Teesta River through which India withdraws water and diverts it throughout dry season.

He said that the water flow in Teesta remains almost absent through a part of year before India suddenly start releasing excessive water during monsoon. The Teesta caused massive erosion this year as the ongoing monsoon flood passed its 51st day on Sunday and became the longest flood since 1998.

Similarly, numerous barrages built upstream the Ganges in India rendered the treaty for sharing water on the Ganges through the Farakka Barrage ineffective, he said.

He showed that there was hardly any change in water flow after the signing of the treaty in 1996. ‘Bangladesh must be more assertive in realising rights of international river water share,’ said Nazrul.

India has the third largest number of 5,100 large and major dams in the world, many of them were built upstream river blocking water flows toward rivers in Bangladesh, he said.

Professor Md Khalequzzaman, who teaches geology at Lock Haven University of the USA, said that water diplomacy should be the heart of all diplomacy of Bangladesh.

‘We need to make India realise that we are needed for ensuring regional peace and security and India cannot not do whatever it wishes with trans-boundary rivers,’ said Khalequzzaman. He said that sedimentation in rivers was central to the birth of the Bengal delta but it reduced to half at present compared to its rate back in 1960s.

They said that the plan to check erosion by cordoning off river banks with embankment was flawed and would rather give rise to problems such as prolonged flooding, subsidence and waterlogging.

National River Conservation Commission chairman Muzibur Rahman Howlader said that rivers cannot drain smoothly to the sea when its flow is disrupted with infrastructures. ‘We are seeing a stagnation of water this year and I fear it would worsen in the years to come,’ said Muzib.