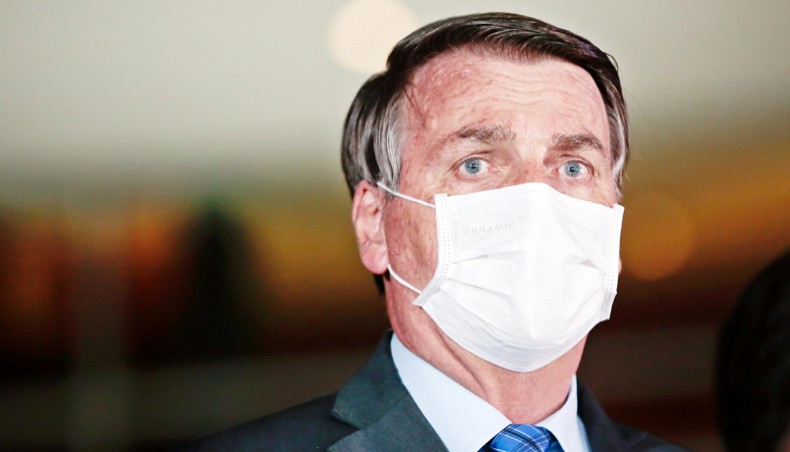 Brazilian president Jair Bolsonaro received the best approval rating of his term Friday, boosted by his popularity among recipients of coronavirus stimulus payments despite the carnage the pandemic has caused in Brazil.

The far-right leader’s approval rating surged five points from June, to 37 per cent, while his disapproval rating plunged 10 points to 34 per cent, the leading polling firm Datafolha reported.

It was the first time since April 2019, four months into his presidency, that Bolsonaro’s approval rating outstripped his disapproval rating in the Datafolha poll.

The strong numbers came despite the fact that the new coronavirus has killed more than 105,000 people in Brazil — the second-highest death toll worldwide, after the United States — and fuelled the loss of 8.9 million jobs last quarter.

Known as the ‘Tropical Trump,’ Bolsonaro is a divisive figure, condemned as racist, sexist, homophobic and dictatorial by his critics, but adored as a ‘Messiah’ — his middle name — by his base.

His presidency has been marked by a constant string of controversies, most recently his handling of the pandemic.

Even after catching the virus himself last month, putting him in quarantine for three weeks, Bolsonaro, 65, continues to downplay COVID-19.

He regularly rails against economically painful lockdown measures. Instead, he trumpets the unproven drug hydroxychloroquine as a treatment.

Other recent polls have also found Bolsonaro has rebounding popularity and a strong chance at re-election in 2022.

Datafolha found he was performing well among poor Brazilians who have been receiving monthly stimulus payments of 600 reals (about $110) to offset the economic pain of the pandemic.

The former army captain had an approval rating of 42 per cent among stimulus payment recipients.

In Brazil’s poorest region, the northeast, typically a bastion for the left-wing opposition, his disapproval rating fell 17 points from June, to 35 per cent. His approval rating there rose six points, to 33 per cent.

Datafolha carried out the poll on August 11 and 12 via phone interviews with 2,065 respondents.

The margin of error was two percentage points.