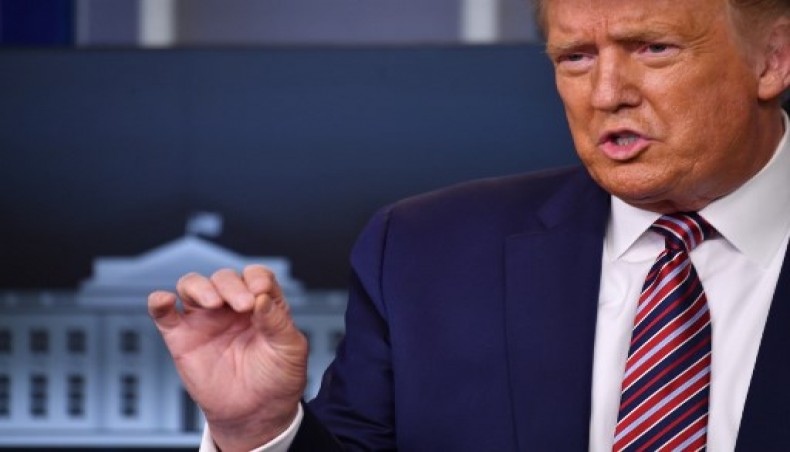 US President Donald Trump answers questions during a news conference in the Brady Briefing Room of the White House in Washington, DC, on August 12, 2020.- AFP photo

The Trump administration has relaxed some rules for H1B visas that allow applicants currently outside the United States being considered for a visa if they meet a certain set of criteria, said Indian newspaper the Economic Times quoting the US Department of State.

Applicants seeking to resume ongoing employment in the US in the same position with the same employers and visa classification will now be allowed as forcing employers to replace them may cause financial hardship, said the US Department of State in a new set of exemptions issued on Wednesday.

Similar guidelines would be applicable for L1 visa applicants as well.

This is the first relaxation of rules by the US government since President Donald Trump signed a proclamation on June 22, suspending the entry of certain non-immigrant visa categories like the H1B and L1 visas till the end of the year.

Press Trust of India reports: the US president in his June proclamation banned the entry into the US of workers in several key non-immigrant visa categories arguing that they eat into American jobs during the COVID-19 pandemic.

The H-1B visa is a non-immigrant visa that allows US companies to employ foreign workers in speciality occupations that require theoretical or technical expertise. Companies depend on it to hire tens of thousands of employees each year from other countries.