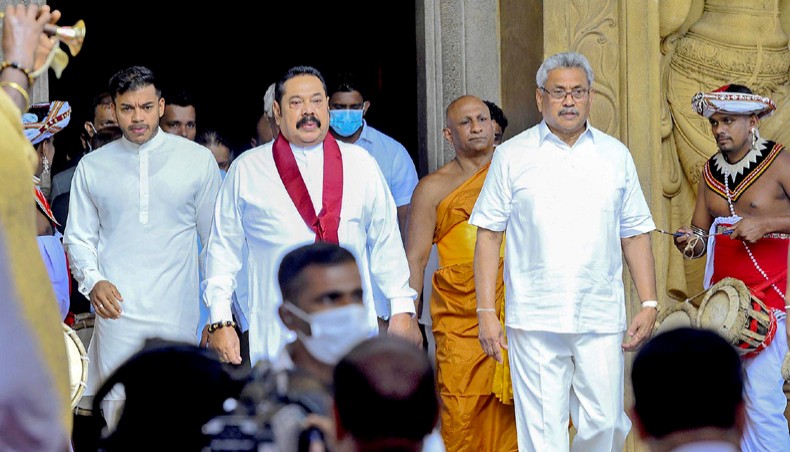 THE early indications from the newly elected government elected by an astounding majority is that they are serious about making a difference and in making a constructive break with the past. The hope of all Sri Lankans will be that it will also be a lasting difference and not be limited to good intentions that quickly go awry as has been the case too many times in the past giving rise to great cynicism. A sustainable democracy needs not only elections but also a solid foundation of economic and political rights and social freedoms. The hopes will be that the government ensures that the rule of law prevails, that there will be no impunity for wrongs done by those who are powerful, that personal freedoms are guaranteed, that there will be economic development that benefits all sections of the population and that ethnic and religious suspicions and hatreds diminish to give rise to a truly Sri Lankan family.

There are indicators of positive movement forward. The first has come with the selection of MPs for the national list. The majority of them appear to be from professional backgrounds who have distinguished themselves in various walks of life. Defeated politicians have not been accommodated although this has been the practice in the recent past. This time around, however, the ruling party has been in the enviable position of having relatively few defeated candidates of sufficient political importance to stake such a claim. The 151 seats, and two-thirds majority, that the ruling party and its allies have won in the 225 seats parliament is unprecedented in the context of the 1978 constitution and its proportional electoral system.

The second sign of a difference has come with the decision to limit the number of cabinet positions to 30 which is the number permitted by the 19th amendment which states that the number of ministers shall not exceed 30. With such a large contingent of parliamentarians on their side, it might prove to be difficult for the government leaders to restrain the enthusiasm of their members to enjoy a ministerial position and the benefits it brings with it. The provision available in the 19th amendment to enlarge the cabinet to 40 in the event that a national government is formed has also not been taken. With some of its allied parties having contested separately, the government could have chosen to go in that direction. Most developed countries in the world have restricted numbers of ministries. The government’s decision to abide by the 19th amendment until constitutional change is enacted is a welcome commitment to the rule of law.

THE third sign of a difference has been the absence of rowdy celebrations that invariably degenerate into local brawls that include the thrashing of political supporters of the defeated side. Travelling out of Colombo even as the final set of results were being announced, it was plain to see that conditions of normalcy prevailed, which appears to have been the case throughout the country. The only slowdown was due to large numbers of vehicles parked on the road in a few locations where winning candidates were either being awaited or facilitated. This contrasts with previous experiences of big election victories being followed by violence in which those of different political, ethnic and religious affiliation were more often than not the targets.

The role of the president in these changes for the better appears to have been decisive. At the present time public expectation with regard to the president is at sky high. It is likely that the high voter turnout at the presidential election which gave president Rajapaksa a massive victory was motivated by popular expectations of the present which continued to motivate voters at the general election held last week. The country’s success in coping with the COVID-19 pandemic is attributed to the president and his decisiveness in ordering prolonged 24 hour curfews and lockdowns until those infected with the virus were identified and taken for treatment.

Despite the 19th amendment tilting the balance of power in favour of the prime minister, the president was able to utilise the five month period in which there was a caretaker government to stamp his authority on the governmental system. After winning the presidential elections in November last year the president introduced new faces into the state administration by inducting professionals and members of the security forces with a reputation for getting things done. The president’s vision of ensuring professionals get admission to parliament through the national list and confining the number of ministers to 30 being taken on by the government is an indication that cohesiveness prevails in the aftermath of the elections.

THE main popular expectation from the government following the election will be to deal with the economic crisis that commenced after the Easter bombing in April last year and which got negatively reinforced after the COVID-19 lockdown commenced barely a year later in March of this year. Even though Sri Lanka is a middle income country, albeit downgraded to a lower middle income country post-COVID, a substantial proportion of the people do not get an opportunity to enjoy its benefits due to the skewed nature of the distribution of income. Major infrastructure projects in the recent past have also failed to specifically target the bottom strata of the population who have been left to fend for themselves. There has also been a long time dearth of such development projects in the north and east which has been a source of grievance to the Tamil and Muslim minorities living predominantly in those parts of the country.

There are long standing expectations and grievances in society that need to be bridged and which the competing politicians did not discuss in the course of their election campaigns. One of the significant developments at these elections was the inroads made by the ruling party and its allies into the traditional strongholds of Tamil nationalism. For the past five decades or so the Tamil people have tended to rally behind a single party in order to maximise their bargaining strength as a community. However, in the run up to the elections there were indications that a shift was taking place within the Tamil polity in favour of politicians and political parties that adopted new strategies in order to maximise the tangible benefits they could obtain. This was manifested at the election when Tamil politicians allied to the government succeeded in besting their more nationalist rivals.

The evidence that the bloc vote of Tamil nationalism is being dismantled to some degree may encourage the government to adopt a more pro-active attitude towards the Tamil community and to woo them politically. Its appointment of several Muslims to its national list of MPs is also positive as it sends a message to the country at large that they are part of the national polity and not to be targeted for hostility on account of their community. This is a government that has the advantage of being able to provide political stability by virtue of its overwhelming majority in parliament, if rightly used because even a strong government cannot win hearts and minds without justice. Sri Lanka will be on the fast track not only to economic development but also to sustainable peace to the extent that the president and parliament will deliver development and rights to all sections in the country without any discrimination. This will contribute to make true the vision that Sri Lanka is one country, one family.