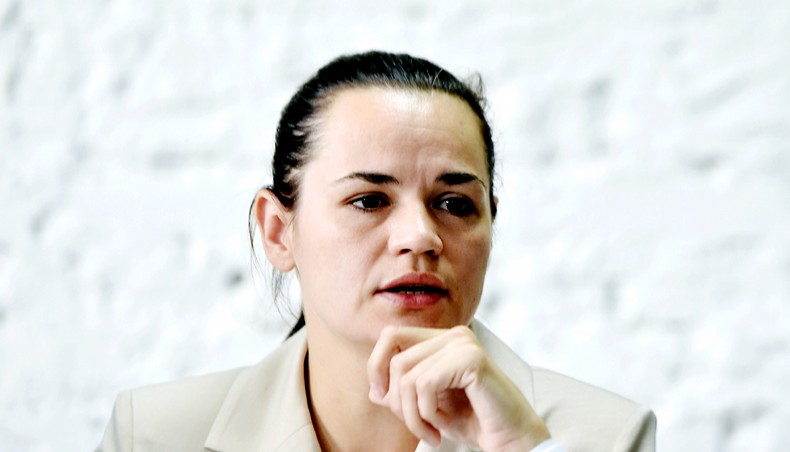 Belarus opposition challenger Svetlana Tikhanovskaya fled to Lithuania after coming under pressure in a seven-hour encounter with officials that left her with little choice, Lithuania’s foreign minister said Tuesday.

‘She apparently felt a certain pressure and did not have very much choice but to leave the country,’ Linas Linkevicius told reporters in Vilnius.

Linkevicius said the presidential candidate was now ‘safe’ and with her children, following a second night of clashes in the authoritarian former Soviet republic after a disputed election.

The minister said Tikhanovskaya came under pressure during the marathon meeting at the Belarus central election commission late on Monday.

Tikhanovskaya had a Lithuanian visa and Belarus authorities did not hinder her departure, he said, adding that he was unaware of her future plans.

Tikhanovskaya, a political novice who only entered the fray after her blogger husband was jailed, has claimed victory against president Alexander Lukashenko.

The whereabouts of Tikhanovskaya had been unknown as of late Monday in Belarus.

EU and NATO member Lithuania, which was also once part of the Soviet Union, has a history of granting refuge to Belarusian and Russian opposition figures.

The Lithuanian capital Vilnius also hosts an EU-funded Belarusian university in exile, the European Humanities University, after Lukashenko shut it down in 2004.

In a show of solidarity with Belarusian protesters, the city lit up its four bridges overnight in white-red-white — the historical Belarusian flag used by opposition activists.

One man died in the protests in Belarus as thousands took to the streets of the capital Minsk late on Monday, saying Lukashenko had stolen the election from Tikhanovskaya to take a sixth term.

In Minsk meanwhile state media released a video Tuesday showing Tikhanovskaya urging supporters not to protest, but her allies said it was recorded under pressure.

She appeared to read from a prepared statement calling for ‘respect for the law’ and for Belarusians not to take to the streets.