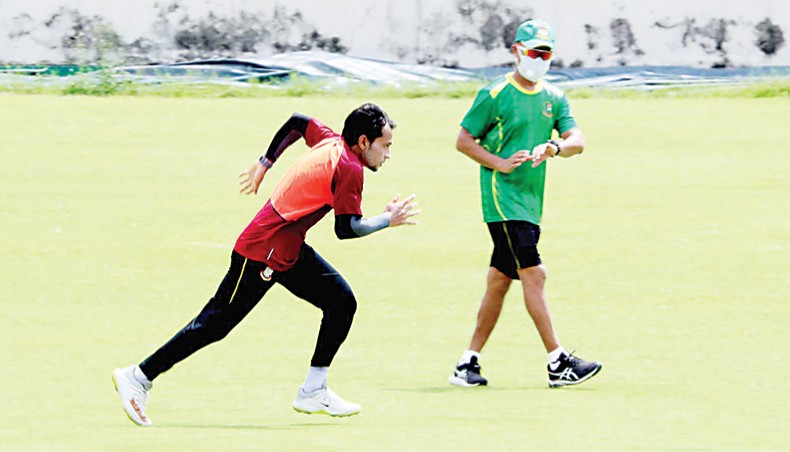 Bangladesh cricket team was scheduled to tour Sri Lanka for a three-Test series in July, which was part of the ICC World Test Championship, but eventually BCB declined to go on with the tour citing lack of preparation of the players due to the pandemic as the main reason.

But after seeing a number of countries returning to international cricket by maintaining a bio-secure environment for the players both on and off the field, BCB also took the initiative to reschedule the postponed series against Sri Lanka and the discussion was nearing a conclusion according to the BCB CEO.

‘We are in regular contact with Sri Lanka Cricket. The initial discussion was about playing three Test matches; then a proposal for three additional Twenty20 matches also came in. We will discuss the matter internally and then inform our final decision,’ said Nizamuddin in a video message for media.

‘The date and schedule is not confirmed yet, once the formats are finalised we will fix the dates,’ he added.

Though the dates are yet to be finalised, a tentative schedule has been chalked out for late September and BCB, as per standard practice, will conduct a conditioning camp for the selected cricketers before the tour.

But the conditioning camp for the Sri Lanka tour was set to be different due to the current scenario as it will be fully residential and held in an isolated area.

‘When we take the final decision about the starting date of the camp, we will keep the players in isolation and they will go through COVID-19 testing. Then we will take necessary steps for their residential camp,’ said the BCB CEO.