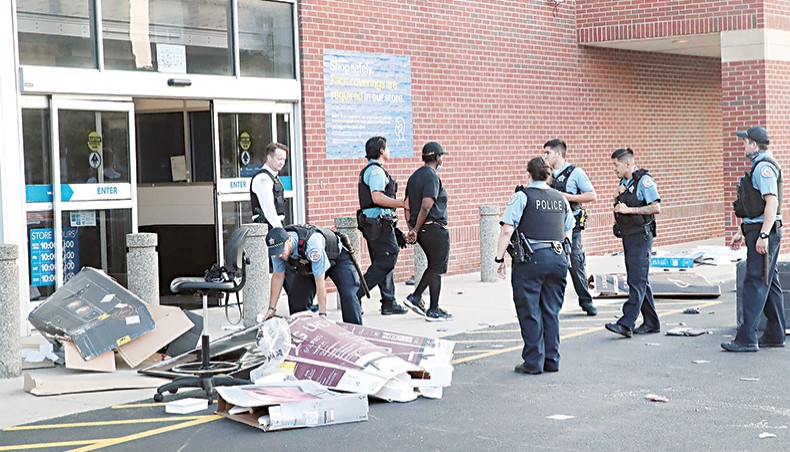 Police officers detain a man who was found inside of a Best Buy store after parts of the city had widespread looting and vandalism, on Monday in Chicago, Illinois. Police made several arrests during the night of unrest and recovered at least one firearm. — AFP photo

‘Shots fired at police who returned fire,’ tweeted Chicago police spokesman Tom Ahern early on Monday, who indicated that no officers had been injured in that exchange.

Local media said law enforcement was unsure what had sparked the unrest, which came after a reported police shooting in the city’s Englewood neighbourhood.

Debris could be seen littering a parking lot outside a damaged Best Buy where people loaded merchandise into cars, while an Apple store had its window smashed.

The Chicago Transit Authority suspended all train and bus service to the downtown area at the request of public safety officials. Bridges that lead into the city were also raised to limit access.

Protests over racism and police killings have erupted across the United States in recent months, ignited by the May 25 death in Minneapolis of unarmed African-American George Floyd at the hands of officers.