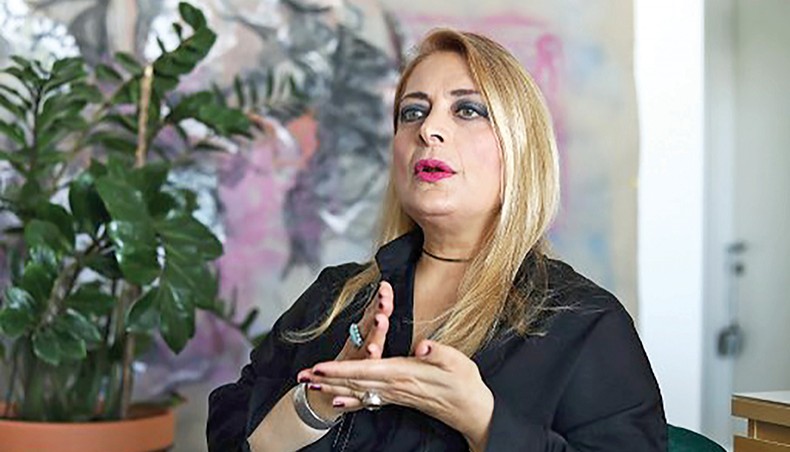 Cypriot singer Alexia Vassiliou speaks during an interview with AFP in Nicosia on July 29, 2020. — AFP photo

Cypriot singer Alexia Vassiliou still remembers the sound of the sirens wailing eerily over her house when she was just a child to warn of the Turkish invasion.

She and her family fled the northeastern town of Famagusta in 1974, and decades later she has never returned to live in the place she once called home.

But Alexia’s experiences shaped her future, and today she uses her international acclaim as an artist to help shine a spotlight on the plight of the displaced and refugees around the world.

‘I am a refugee... This is why I am here today,’ she says, in an online concert which is being re-streamed on Wednesday to global audiences.

The novel coronavirus pandemic upended ideas for a live concert in Nicosia as part of events to mark World Refugee Day on June 20.

But Alexia, whose career spans four decades and who has recorded with jazz great Chick Corea, was determined to move the show online, incorporating performances and messages of solidarity from artists around the world.

A revamped version of the concert is being streamed on Alexia›s Facebook page on Wednesday at 9:00 pm (1800 GMT).

The island has been divided since 1974, when Turkey occupied its northern third in response to a coup engineered by the military junta then ruling in Athens that sought to unite the Mediterranean island with Greece.

Ankara launched another phase of the invasion on August 14, 1974, during which it seized Famagusta, Alexia›s home town.

‘Before the coup d›etat, we›d hear the grown-ups speak secretly and we knew something ominous... was about to happen,’ Alexia told AFP from her home studio outside the divided capital.

She recalled hearing a radio news flash about the coup, warning civilians to go home because if anyone was on the street ‘they will be shot’.

‘My father was not home yet,’ she said.

One morning, she woke up to the sound of air raid sirens.

‘Our mother ran to our room and told me and my sister, ‹Girls, you have to wake up, there›s been a war, we have to (leave).›‘

Alexia was part of Cyprus›s first-ever Eurovision song contest participation in 1981, when she was still a teenager. She returned for a solo performance in 1987.

She has recorded numerous albums crossing genres from pop to world music and jazz, including a 1996 album featuring Chick Corea.

The shows have been organised by Alexia under the auspices of UN refugee agency UNHCR›s office in Cyprus, in collaboration with the interior ministry.

On a dark stage, she opens with ‘Agia Marina’, a traditional Cypriot song, accompanied by the soft notes of a kalimba, an African thumb piano.

She then moves into George Gershwin›s ‘Summertime’ and African-American spiritual ‘Motherless Child’, a trio of songs blending lullaby and lament.

The re-streamed event however includes performances not seen in the previous show.