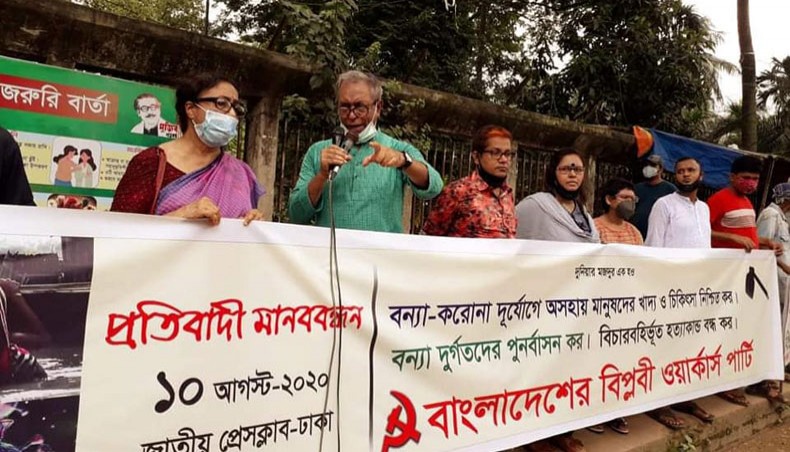 Revolutionary Workers Party of Bangladesh leaders and activists hold a rally in front of the National Press Club on Monday. — New Age Photo

Leaders of Revolutionary Workers Party of Bangladesh on Monday at a protest rally in Dhaka called on the government to ensure exemplary punishments for the killers of retired army major Sinha Mohammad Rashed Khan.

Saiful called on the government to stop extrajudicial killings in the country.

He urged the government and all other political parties to stand by the flood affected people across the country and give them relief.

The rally was followed by a procession that paraded different city roads.