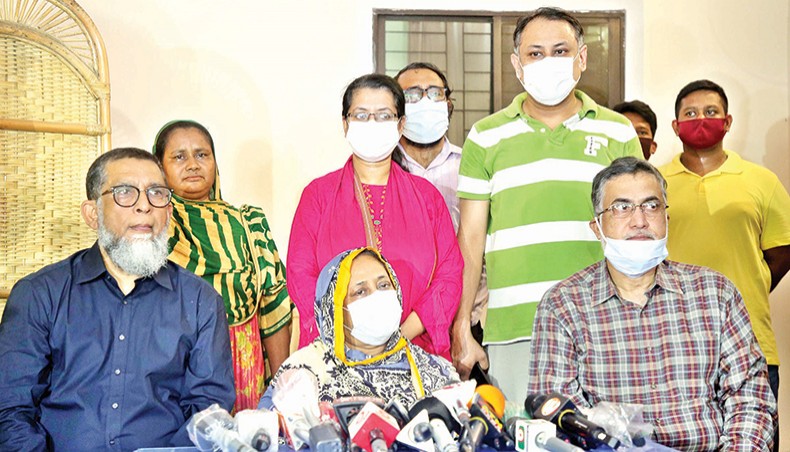 Retired Armed Forces Officers Welfare Association chairman Khandaker Nurul Afser in a briefing at the house of Sinha in Dhaka’s Uttara also demanded the government to reform the police department to make sure that the force would be supervised by the deputy commissioner in districts.

‘If they are supervised properly, they cannot show such arrogance,’ Afser, a retired army major, said at the briefing.

During the briefing, Sinha’s mother Nasima Akhter expressed her satisfaction over the initial steps taken by the government.

She said that the then  Teknaf police officer-in-charge Pradeep called her following the incident but hid the news of the death of her son and another group of police had visited their Dhaka house on August 1 to inquire about Sinha.

Terming the death of Sinha as ‘cold-headed murder’ the RAOWA chairman demanded a speedy trial of the case. The RAOWA has formed two subcommittees — one to monitor the judicial issue and another to monitor media — as part of its campaign for justice for Sinha.

Seven policemen, including the then Teknaf police station officer-in-charge Pradeep, surrendered to the court following a case filed by the Sinha’s family last week.