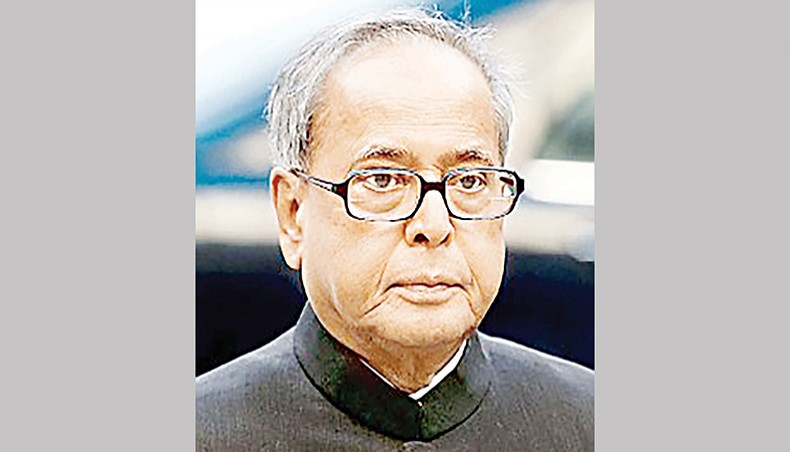 Former Indian president Pranab Mukherjee on Monday said he was tested Covid-19 positive as he visited a medical facility with another complaint.

‘On a visit to the hospital for a separate procedure, I have tested positive for COVID19 today,’ 84-year-old Mukherjee said in a tweet signing the message as ‘Citizen Mukherjee’.

He added, ‘I request the people who came in contact with me in the last week, to please self isolate and get tested for COVID-19.’

A former leader of India’s Congress party Mukherjee was the president of the country from 2012 to 2017 while he previously served the government and his party in different capacities and authored several books on the Indian Economy and on nation building.

‘Please take care, sir. We are praying for your speedy recovery and good health,’ Delhi chief minister Arvind Kejriwal wrote in tweet union minister Piyush Goyal in a message said ‘I pray for the well-being and speedy recovery of Shri Pranab Mukherjee (and) I am confident he will be successful in recovering from the virus quickly. Wishing him strength and good health.’

A number of Bollywood celebrities including Megastar Amitabh Bachchan, Abhisekh and Aishwarya Rai Bachchan were also tested positive for coronavirous while most of them recovered by now after treatment.

The total cases for coronavirus positive in the country stood at 22,15,074 with the 62,064 new cases recorded across the country in the last 24 hours, according to a data provided by the union health ministry.

The total deaths due to the deadly disease stood at 44,384 with 1007 deaths registered across the country in the last 24 hours.